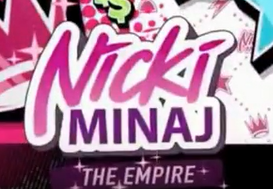 Nicki Minaj has truly managed to establish herself as one of the most recognizable hip hop artists ever. The fact that she is female has mattered very little. In fact, it is nearly impossible to turn on the television without seeing Nicki. She has moved well beyond the rap scene, by delving into acting and even television hosting. With over 20 million followers on Twitter and over 42 million likes on Facebook, it is truly no wonder Glu Mobile (NASDAQ: GLUU) has pinpointed the American rapper to star in their next celebrity-based mobile game. The company’s most fruitful game to day involved megastar Kim Kardashian, who has double the Twitter followers. So, if the upcoming Nicki Minaj game proves to be a hit, Glu could potentially rake in half the revenue they did with Kim Kardashian Hollywood.

The upcoming game, which is titled Nicki Minaj: The Empire, looks like a combination of Kim Kardashian Hollywood, Katy Perry Pop, and Brittany Spears: American Dream. Unfortunately, the two latter games were unable to parallel the popularity and revenue power of Kim Kardashian’s megahit. And despite a poor 2nd quarter earnings report, there is still plenty of life left in Glu. And, the company has shown with their previous outing, Gordon Ramsay Dash, that they can deliver quality games, which aren’t riddled with bugs. Ramsay has around 3 million followers on Twitter. Nicki Minaj greatly surpasses his popularity and may very well help Glu Mobile swing to profits and could potentially give their stock a much needed boost.

The game allows players to perform on a virtual stage, customize their own mansions, and host outlandish parties. Glu should be well versed in such games and GLUU stockholders will have their fingers crossed that Glu can deliver a flawless game once again. Although the game is expected to be launched sometime in mid-2016, no official date has been set. Gameplay footage has emerged. It can be found on YouTube.