It has been no secret that more and more Americans have decided to cut the cord and do away with their cable subscriptions. Nonetheless, a lot of these individuals feel like there is still something missing. They’re often required to utilize multiple sticks, antennas, and even a computer to access the content they want when they want it. The AirTV will attempt to eliminate the clutter, while providing consumers with access to multiple content channels in a single package. The AirTV product was released to the public on January the 3rd and is now available on the company’s official website at AirTV.net. 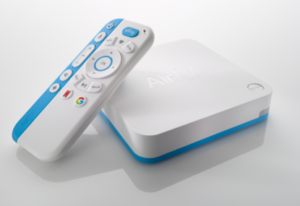 According to Nielsen, approximately 14 million American households enjoy over-the-air television. That specific market has grown by 24 percent over just 4 years. The AirTV will dip into that market, while also providing consumers with convenient access to streaming platforms, such as YouTube, Netflix, and Sling TV. Once consumers have acquired an AirTV Player and a few additional accessories, they’ll be able to watch content from various channels directly through their television.

In order for consumers to gain access to over-the-air signals, they’ll need to purchase the AirTV Adapter, which is sold separately. They’ll also need and over-the-air antenna. Many will already have the latter. The AirTV Player will the AirTV adapter will retail at $129.99. Alternatively, the AirTV Player alone will cost the consumer less than one hundred dollars.

The AirTV Player comes with a handful of pre-loaded apps, so it can be utilized directly out of the box. The player is also capable of streaming 4K content, which is now available through Netflix and the Google Play Store. The streaming player is Wi-Fi compatible and works with dual bands. Finally, the AirTV Player comes with a Bluetooth voice remote. The remote control gives the consumer direct control over their television experience directly from their couch.

The company is also offering the AirTV Pro Install. Consumers, who need help selecting an antenna and choosing a spot for their antenna, will want to take advantage of this service. It is available in 48 markets at launch. One-room antenna installation starts at just $99.99 and includes the price for the indoor antenna. Those that are interested in learning more about AirTV are advised to visit the company’s website at AirTV.net.