AM General Plans For 400 Layoffs At Mishawaka, Indiana Plant

This week, more than 400 employees at the Mishawaka, Indiana AM General plant were made aware that they would be laid off in early October. The announcement comes as AM General announces the sale of its commercial assembly plant to a Chinese-owned electric vehicle manufacturer. It is anticipated that the Chinese-owned SF Motors could invite the workers back, as long as everything goes according to plan.

While the layoffs are being referred to as temporary, it is unknown when the 435 workers will be able to return to work. AM General recently filed a Worker Adjustment and Retraining Notification with the Indiana Department of Workforce Development. In the paperwork, it was disclosed that the layoffs “may extend six months or longer”. Ultimately, workers will be placed in limbo, until SF Motors is able to complete the acquisition and take over the plant.

The Chinese company has stated that the workers would most likely have the opportunity to return to work making electric vehicles. SF Motors agreed to buy the plant for $110 million. At the earliest, the sale could close by the end of October. According to the notice submitted by AM General, the layoffs are attributed to its contract with Mercedes-Benz being completed and the selling of the facility.

AM General was required to file the notice, because the layoffs may extend over a period of six months. The company admits they are unaware how long it will take for SF Motors to complete the purchase and get the plant staffed and operational.

Simultaneously, there is a chance that AM General employees at other facilities could be laid off. The plant, which is located between Jefferson Boulevard and McKinley Highway, is home to 365 unionized workers. The United Auto Workers Local 5 union represents these employees. 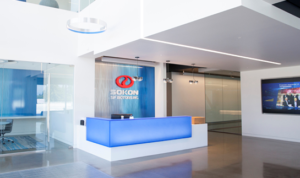 Since these workers have “displacement or bumping rights”, they could continue working for AM General at other plants. In return, this could lead to workers elsewhere being laid off to make room for the union workers.

Previously, it was believed that the layoffs would be permanent. While the future is uncertain, there is a chance that the electric vehicle maker could save the jobs. Chairman for the UAW Local 5 union, Don Brady, has reassured unionized workers that they will continue to receive some pay and benefits that were previously negotiated with AM General. The majority will likely be eligible to collect unemployment benefits in the near future.

SF Motors has already agreed to take over the union contract, which is set to expire in April of 2020. Brady also confirmed that he believes SF Motor will stick with the plan and preserve all 435 jobs that may have been lost otherwise. SF Motors, which is a subsidiary of Sokon Industry Group, is based out of Silicon Valley, California.

The company intends to make $30 million in upgrades before utilizing the plant to manufacture electric vehicles with materials acquired mainly from American sources. The transaction between SF Motors and AM General is expected to close in the 4th quarter of 2017, but it is subject to customary closing conditions and receipt of regulatory approvals in the United States and China.