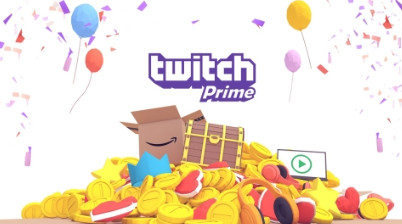 At this point in time, Amazon Prime is widely considered to be a steal. The service provides an abundance of benefits, including streaming content, music streaming, and free 2-day shipping. Of course, this isn’t stopping Amazon from sweetening the deal even more. On September the 30th, the company announced the arrival of Twitch Prime. The next feature offers new Prime members for video gaming loving Prime members. Members of the Prime service will receive exclusive discounts on new video game releases, as well as pre-orders. The service also delivers free digital games, with the selection rotating periodically. And finally, Prime members will now be able to take full advantage of Twitch with a few monthly channel subscription.

Twitch has been a part of Amazon’s portfolio for quite some time, but this is the first time Prime members will reap the benefits. Those that are not members of Amazon Prime can sign up for a free 30-day trial of Twitch prime right away. Amazon Prime members only need to link their Prime accounts to their Twitch profiles to unlock the rewards. The benefits provided to users will be listed below.

Also, the independent content provider, Shout! Factory, has now made its content available on Apple TV and Amazon. The company made the announcement on September the 28th. Amazon’s offering of Shout! Factory TV will be available to Prime members at a low cost of $2.99 a month. Those that sign up for the added content subscription will gain access to a handful of movies and series, including Route 66, Mystery Science Theater 3000, Thunderbirds, Women’s Prison Massacre, and the Werner Herzog Collection.

Shout! Factory also has a selection of documentaries, such as The Night James Brown Saved Boston and The Decline of Western Civilization. Shout! Factory’s Apple TV app is entirely free, but supported with ads. Shout Factory! was founded in 2003 and main provides access to previously released content. As a fan of the classics, consumers owe it to themselves to check out the offering.