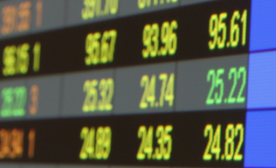 Mr. Eric Wroblewski and Mr. Scott Wroblewski have resigned their positions as Officers and Directors of the company and Mr. James McFadden was appointed the Chief Executive Officer and sole Officer and Director at this time. Mr. McFadden stated “we are excited to bring Digital Airo forward as the […]

On May the 20th of 2016, American Leisure Holdings Inc. (OTC: AMLH) announced the completion of a Share Exchange Agreement with Digital Airo Inc. With the added stock, Digital Airo is now the operational company and holds around 65% of the Outstanding and Issued stock in American Leisure Holdings. Digital Airo is expected to become the primary operating business and intends to represent technology and online associated products and services for the company.