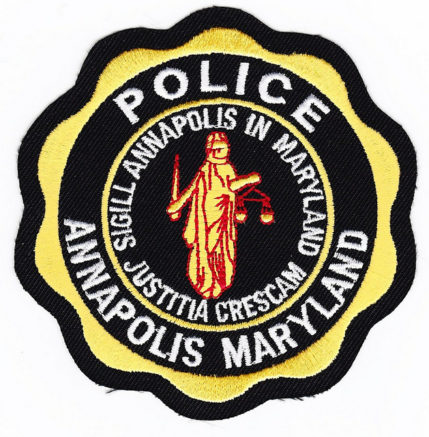 On Friday morning, the Carroll family received a shock when 14-year-old Malik opened the door to discover a newborn on the porch. Initially, Darlene believed her son was joking. Nevertheless, the Carroll family sprang into action and called 911 immediately. While waiting for authorities to arrive, Carroll cradled the child in her arms. In an interview with Fox Carolina, Carroll explained that the toddler “just sucked on his thumb, never whimpered”.

Carroll runs a daycare out of the home and this is believed to be motivation behind the mother’s decision. Carroll’s husband, Rev. Charles Carroll, was also at home when the baby was discovered. Charles praised God for helping the family get the baby to the hospital. Charles serves as the pastor of the New Creations Deliverance Ministries, which is located in Annapolis, Maryland.

A spokeswoman for the Annapolis Police Department, Amy Miguez, confirmed that hospital personnel identified the baby as being just a few hours old. Miguez also admitted that the individual who left the baby did not knock on the door or ring the bell. Detectives never heard the infant cry, until it received vaccine shots at the hospital.

The boy is believed to be Hispanic and found snuggled in a purple woman’s shirt and black Adidas jacket. Police are hoping to get in touch with the baby’s mother in case she needs medical attention or could be a crime victim. However, Miguez admitted the police cannot guarantee that the mother will not face charges, if she does indeed come forward. Police Chief Scott Baker reminded residents that Maryland’s Safe Haven law gives women the ability to surrender custody of their infant children to hospitals or police stations with no questions asked.

The police now rely on the mother’s cooperation to obtain the information they need.