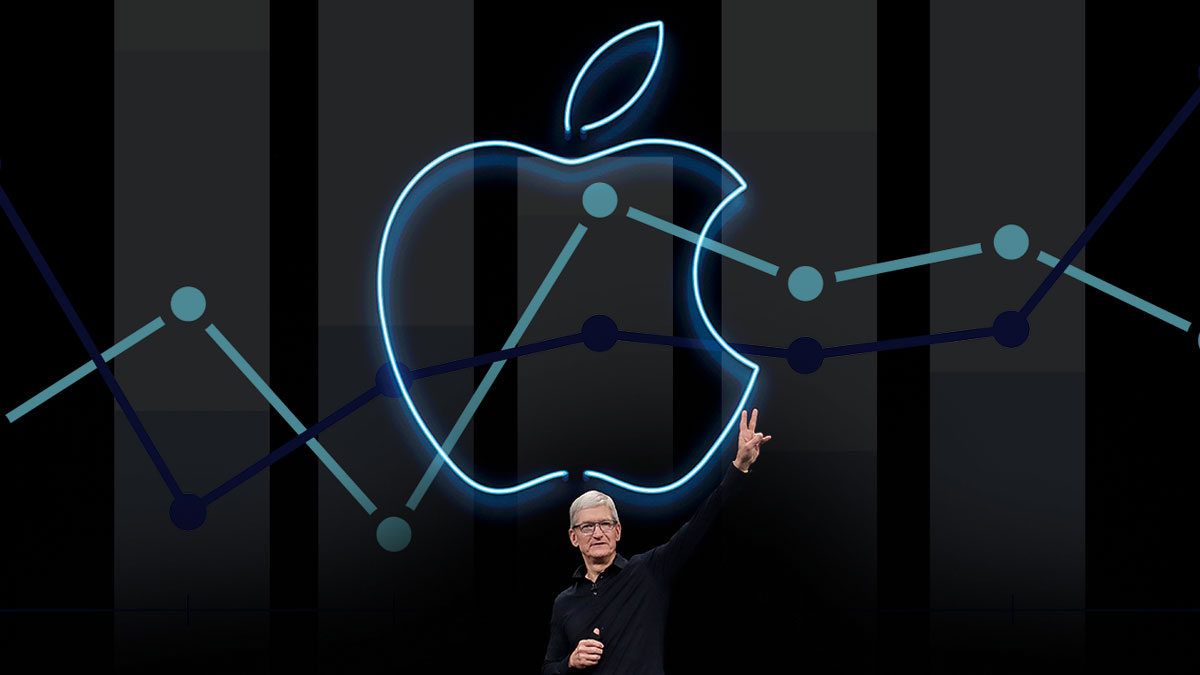 Tomorrow Apple heads into earnings doing an about-face from one year ago. Although Apple cutting its revenue guidance in 2019, many analysts are now bullish on tomorrow’s Apple earnings report because of the looming 5G iPhone, strong sales of AirPods, and Services like Apple TV+.

According to bloomberg, just one year ago Apple CEO Tim Cook sent a letter to investors saying the company was cutting its revenue guidance due to an unforeseen slowdown in China.

Tim Cook highlighted a major shortfall in lower iPhone revenue due to fewer iPhone upgrades than anticipated, and he also added the watch and air pod sales were also constrained one year later in Wall Street.

The iPhone revenue despite the company saying it wants to transition to services 52% of revenue still comes from the mobile device. Morgan Stanley’s KT Huberty says Apple customers now appear poised to replace their smartphones sooner and features like a longer battery life in 5g technology imply that replacement cycles cannot increase much further air pods are another big reason for bullish sentiment Apple said air pod shipments are set to double to 60 million in 2019.

Analysts at Bernstein said air pods have outpaced the unit growth trajectory of the original iPhone and watch Bernstein predicts air pods generate fifteen billion dollars of revenue in 2020 and finally Apple TV Plus Apple was one of the latest to enter the crowded streaming wars in late 2019 with the service debuting at $4.99 a month, so at that low price analysts think Apple TV plus is price for subscriber gains not margins, but heading into earnings at a whopping 1.4 trillion dollar market cap anticipation is high to see if Apple revenue can mean expectations across the iPhone wearables and services.

3 things to watch for in the markets:

Apple reports first quarter earnings after the bell on Tuesday.

We’ll get a read on how consumer’s view business conditions when the Conference Board release’s January’s consumer confidence index at 10:00 a.m. on Tuesday.

Apple Inc. is expected* to report earnings on 01/28/2020 after market close. The report will be for the fiscal Quarter ending Dec 2019