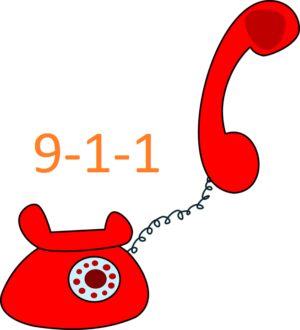 American citizens rely heavily on the 9-1-1 emergency system. Millions of emergency calls are placed each day when Americans face devastation. As the population has continued to increase, the number of 9-1-1 calls made each day has elevated higher. While some agencies have managed to remain efficient with the added volume, others have faltered. The industry standard set forth by the National Emergency Number Association suggests ninety percent of all emergency calls should be answered within a matter of ten seconds. Many agencies fall well below this threshold.

The City and County of San Francisco maintains a log of their performance. Since 2009, the daily call volume experienced by San Francisco officials have climbed steadily. In February of 2009, there were just over 1,200 calls. During September of 2016, there were a total of 1,750. This has taken a toll and has caused the city’s performance to drop well below the 90 percent standard. During the 2015-2016 fiscal year, only 78 percent of calls were answered in just 10 seconds. San Francisco is not alone.

During the month of September, the City of Memphis answered 911 calls on average in 32 seconds. Although that equates to a 30 percent improvement over the previous year, it still isn’t good enough and city leaders concur. The national standard is 20 seconds and city leaders have launched a new campaign to make headwind towards that goal. The city has launched the ‘Make The Right Call’ initiative, which will attempt to persuade citizens to use 311 and 211, when they’re more appropriate.

Allison Fouche, who works with the City of Memphis, wants residents to depend on 911 for life threatening situations. She said, “If it’s life threatening, of course, call 911.” However, the city wants residents to switch to 211 for health and human services. 311 is intended for city services, such as a noise complaints or animal control issues. City officials hope educating citizens and encouraging them to use the alternatives will decrease the amount of stress on 911 dispatchers and improve the call response time.

The city of San Francisco believes their problem stems from understaffing. The Department responsible for the 911 system has initiated a major hiring campaign to accommodate the increased calls and supplement for the recent increased levels of retirements. According to the city, the job requires skills, which normally require nine months of training to obtain. To make matters worse, applicants are also required to undergo background checks, which can take anywhere from six to ten months. So, it can take anywhere from fifteen to nineteen months for a new employee to be cleared to begin taking calls.

In Hamilton County Ohio, county officials hope a potentially controversial system could speed up their accuracy and response time. The county’s emergency dispatchers took more than 500,000 calls last year. County officials believe residents will give up their privacy for a much improved service from emergency services and first responders. The new system will encourage people from the local community to submit their personal information to a private database. The database will contain basic information such as addresses, medical status, and calming techniques for those with special needs children.

Whether or not residents will be willing to provide such information remains to be seen, but one local resident is thrilled with the ideal. When speaking to WCPO, Michelle Richards said “Rather than coming in blindly, they can come in knowing what his comfort is”. As a mother with two autistic sons and as someone who calls Colerian police to help with their violent tendencies regularly, Richards believes the system will be a blessing.

For the other counties, the focus will need to remain on speeding up the time it takes to pick up the phone. Whether that requires additional staffing, new technology, or public education remains to be seen. Nonetheless, at least action is being taken.