Bandai Namco Entertainment America is widely popular for publishing anime-based videogames. The company will remain true to that business practice with their upcoming Dragon Ball videogame. The brand new Dragon Ball: Xenoverse 2 is now available for modern gaming consoles, including the Xbox One and the PlayStation 4. The game will be released on Steam tomorrow October the 27th. The game’s storyline begins several years after the conclusion of the original Xenoverse. 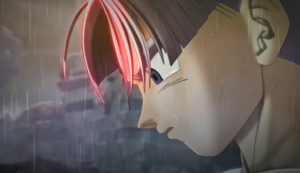 Gamers will take on the responsibilities of a Time Patroller and will need to correct the course of the Dragon Ball world. The game will feature an array of new enhancements, including greatly improved graphics and the addition of a new city, Conton City. Players will immerse themselves in a world that is approximately seven times larger than the previous. A handful of new characters will also be available. They include:

Those that purchase Xenoverse 2 will also gain access to an exclusive DJ Steve Aoki DLC package. This will give them the ability to interact with Steve Aoki’s in-game character. The game will also gives players greater customization freedom of their characters with new features and special upgrades. The multiplayer mode will prove to be exciting for fans of the Dragon Ball franchise. Players can form groups of 6, in order to conquer some of the game’s most formidable bosses.

Dragon Ball Xenoverse 2 has received a rating of T for Teen by the ESRB. It is available on current generation consoles and will launch on Steam on October the 27th. You can learn more by visiting the game’s official website right now!