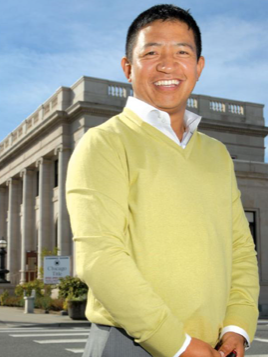 Lobsang Dargey began life on unsolid footing. He experienced turmoil and poverty in Tibet, before immigrating to the United States. He went on to achieve the American dream, as he became a successful developer. Eventually, others entrusted Dargey with millions of dollars. During his career, Dargey played a big role in developing Path America’s Market in Everett and Potala Village. Unfortunately, that all came crashing down in January, when Dargey pleaded guilty to concealing information from authorities and wire fraud.

Approximately two years ago, Dargey’s company, Path America, was the center of a civil complaint from the SEC. The SEC alleged that Dargey’s company had committed fraud linked to more than 250 foreign investors. While pleading guilty in January, Dargey also agreed to pay $24 million in restitution. That total was negotiated down to $18.4 million in March.

Just this week, the 43-year-old from Bellevue was sentenced to four-years in prison by United States District Court Judge Robert Lasnik. Prosecutors alleged that Dargey had taken a substantial amount of money from numerous investors. For many foreign investors, Dargey took advantage of the EB-5 immigrant investor program to solicit donations. The program is designed to provide immigrants with permanent residency in the United States, if they invest $500,000 or more in developments that create jobs.

According to prosecutors, Chinese investors handed over nearly $240 million to Dargey. Some sold their homes, while others sold their businesses in hopes of obtaining permanent residency in the United States and living out the American dream like Dargey had. Unfortunately, those investors were not able to enter the United States and prosecutors claim “Dargey shattered these immigrant investors’ dreams”.

Dargey’s defense team used his immigrant history to try and garner sympathy from the judge. They suggested that he was motivated by limited education, mental challenges, and a complicated mix of culture. They also claim that Dargey is barely fluent in English. Federal prosecutors suggested otherwise. Having spent nearly a year investigating Dargey’s dealings with business associates, they discovered that he had little difficulty communicating with others.

Now, Dargey is looking at a 4-year stint in prison. That offers little consolation for Dargey’s victims. Federal prosecutors were hoping for a 10-year sentence. Assistant U.S. attorneys, Seth Wilkinson and Justin Arnold, admitted Dargey’s crimes would’ve brought even more economic devastation had the SEC failed to act in 2015.

They also confirmed that the current state of the real estate market allowed a court-appointed receiver to retrieve some of the money that Dargey diverted illegally.