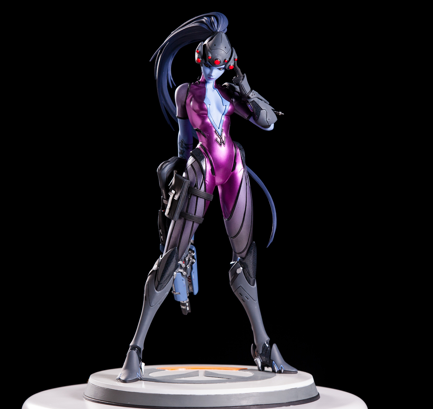 Over the past few years, Blizzard Entertainment has expanded its horizons. The company tried its hand in Hollywood, while remaining true to their most popular video game titles, World of Warcraft and Overwatch. On March the 28th, Blizzard announced they would soon be entering the collectibles market. The company announced the creation of their Blizzard Collectibles line. The high-end collectibles will include statutes, artwork and replicas, which are designed and produced directly by the company’s artists.

The company revealed multiple pieces of the line, including Grommash Hellscream, The Hearthstone Collectible Keepsake Box, and Tracer and Reaper from Overwatch. Starting on March the 28th, consumers will be able to preorder the company’s newest addition to the lineup, Overwatch’s Widowmaker statue. The statue is now available for preorder at the company’s official website, gear.blizzard.com/blizzard-collectibles. The statue stands 13.5 inches tall and will perfectly complement any enthusiast’s collection.

The company also expects to reveal and release more collectibles over the course of 2017. Additional details will be made available at a later date.