Since the middle of the year, Nintendo has slowly excited consumers’ curiosity, while remaining mum about their new console. Finally, on October the 20th, the long running video game developer provided consumers with the first new look at the Nintendo Switch. A quick look at the system proves Nintendo has been hard at work attempting to create something unique and radical. They’ve managed to achieve originality, but will it be enough to convince consumers to take the plunge? Investors were far from impressed. During the lead up to the reveal, NTDOY stock climbed. Shortly thereafter, the stock dropped rapidly. On social media, the unveiling led to the creation of several memes, while the reactions have been mixed.

Will the Switch shut out the lights at Nintendo headquarters or will the ingenuity pay off? Unfortunately, there are still many lacking details. Below, we’ll discuss what could potentially make or break the console.

While Nintendo has made a few blunders during the past few years, their handheld products have always exceled. The Nintendo 3DS and its predecessor the DS were both immensely successful. And, they easily outsold their main competitors. As a 3DS owner, I’ve spent a good deal of time with the handheld. Unfortunately, I have very little time for it now, but the console still maintains a great deal of replay ability and value. I could potentially be convinced to purchase a Nintendo Switch solely for the handheld experience.

However, the price would have to be right and the Switch’s library would need to be as vast as that of the 3DS. And that brings us to the next point. 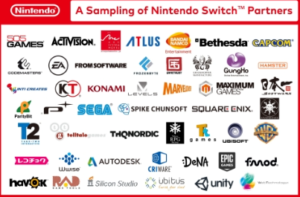 Above all else, Nintendo’s previous console was a failure due to the lackluster library of games. The biggest and most successful games were those developed by Nintendo. This will dramatically change with the Nintendo Switch. The biggest names in the business have already announced their support for the console.

The list goes on and on. As long as the Switch is able to muster enough success, these companies could bring their top games to the console. That could equate to a Grand Theft Auto, Final Fantasy or even a Fallout making its way over to Nintendo’s Switch. Nintendo will no longer need to rely so much on their cult classics, such as Mario and Zelda. This will prove to be very impactful and will put the Switch on somewhat of a more even playing field with the Xbox One and PlayStation 4. 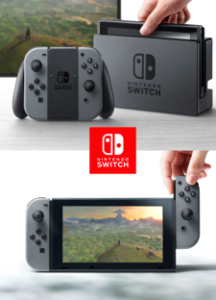 Many will be eager to learn more about the console’s specifications and graphic capabilities. This will undoubtedly play a major role in many gamer’s decision whether or not to purchase the console. Nonetheless, I sincerely believe the Nintendo Switch could be successful without matching or exceeding the graphical quality of the current generation consoles. The Wii was an overwhelming success, yet the graphics weren’t much better than that of the 3DS. Nonetheless, Zelda: Breath of the Wild, which is set to launch at the same time, has already proven that the Wii U and Switch can support beautiful graphics. The Legend of Zelda stunned spectators when its first trailer was released.

The Switch might not be a powerhouse like the current Xbox or PlayStation, but it could hit them where it hurts the most, the pocketbook. How well will the system function? Will the control work flawlessly and will the handheld experience hold up? These are far more important. If the Nintendo Switch can deliver an equally fun and compelling experience as a console and a handheld, it could prove to be a better value overall. The controller will need to be comfortable and easy to use. The handheld’s battery life must be impressive and sufficient for even the most enthusiastic gamers.

If Nintendo can pull that off and the price is right, the Nintendo Switch will be a no-brainer for parents.

At this point in time, it is simply too early to tell how well the Nintendo Switch will do commercially. However, despite the memes and the disappointment among investors, I still have faith the Nintendo Switch can do well. In order for that to happen, Nintendo will need to guarantee the Switch works equally well as a console and a handheld. The company has proven in the past they can do just that. With the right price, an enormous library of games, and a flawless performance, the Switch could parallel the success of the Nintendo Wii. For additional information, be sure to check out Nintendo’s official press release.