Climate change is deadlier than the Coronavirus 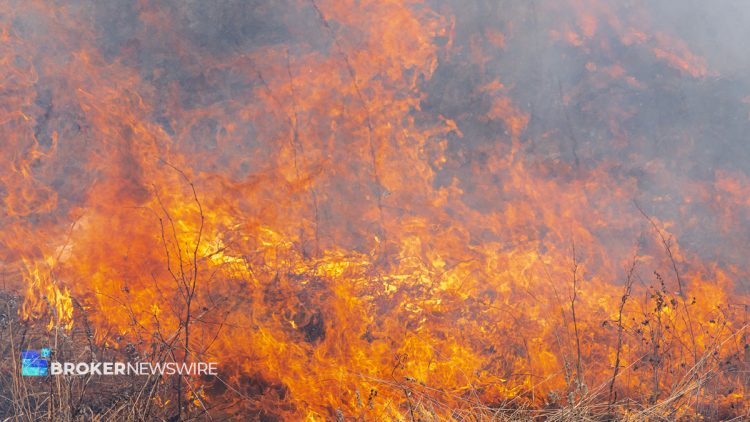 In 2019, global warming had consequences for the health, food and homes of millions of people around the world. In addition, it put marine life and a large number of ecosystems at risk, says the State of the World’s Climate report according to the World Meteorological Organization.

During the presentation of the report, the UN Secretary General and the leader of the WMO stated that although there is now global concern about the coronavirus, efforts in the fight against climate change should not be reduced.

“The coronavirus is a disease that we hope will be temporary, with temporary impacts, but climate change has been there for many years and will be there for many decades, and requires continuous action,” said Antonio Guterres.

The Secretary also referred to the reduction of emissions in China and other countries as a result of the epidemic and said that these facts, which are temporary, cannot be overestimated.

“We’re not going to fight climate change with a virus. While it must be given all the attention it needs, we cannot forget about fighting climate change, and the other problems the world faces,” he said.

Petteri Talas said it was very unfortunate what is happening with the coronavirus and the deaths it has caused, but that climate change is “much worse“.

“The corona virus will have a short-term economic impact, but the losses will be massive if we think about global warming. We are talking about a problem of greater magnitude, with consequences for people’s health and our societies that are much more serious,” he said.

In the study compiled by WMO, the physical warning signs of climate change are highlighted: such as intense warming of the oceans and the Earth, record sea levels in 2019, melting ice sheets and continuous weather events such as storms, droughts and floods.

The year 2019 ended with a global average temperature 1.1°C above pre-industrial levels, a value exceeded only by the record of 2016, when a very intense El Niño episode aggravated the global temperature increase linked to the overall warming trend.

“The heat of the ocean is at a record level, with temperatures rising to the equivalent of five Hiroshima bombs per second. We are counting the cost in human lives and livelihoods as droughts, forest fires, floods and extreme storms take their deadly toll. We have no time to lose if we are to avoid a climate catastrophe,” added the UN Secretary-General.

The data confirm what experts had already warned: 2019 was the second warmest year since instrumental measurements have been made. The five-year period 2015-2019 comprises the five warmest years on record, and the period from 2010 to 2019 has been the warmest decade on record. Since the 1980s, each new decade has been warmer than all previous ones since 1850.

“As greenhouse gas concentrations continue to rise, the warming will continue. According to a recent forecast, the next five years are likely to see a new global annual temperature record. It is only a matter of time,” said the WMO Secretary-General.

A preliminary projection of global carbon dioxide emissions from the burning of fossil fuels using data from the first three quarters of 2019 points to an increase in emissions of 0.6%.

In 2018, the concentration of greenhouse gases in the atmosphere of CO2, methane, and nitrous oxide reached record levels, and according to preliminary data, continued to increase over the past year.

The heat content of the oceans at a depth of two kilometres broke the previous record set in 2018.

“Excessive heat is entering the sea. The oceans are absorbing more than 90 percent of the heat that is trapped by greenhouse gases,” Dilley explains.

Warming of these water bodies has widespread implications for the climate system and contributes to more than 30 percent of sea level rise from thermal expansion of seawater.

It also alters ocean currents and, indirectly, changes the trajectory of storms and causes floating ice shelves to melt.

In 2019, the oceans experienced an average of almost two months of unusually warm temperatures, and 84% of the ocean waters experienced at least one sea heat wave.

Between 2009-2018, the oceans absorbed approximately 23% of annual CO2 emissions, buffering the effects of climate change, but at the cost of increased acidity in their waters. The alteration of the pH undermines the calcifying capacity of marine organisms – such as mussels, crustaceans and corals – and this affects the life, growth and reproduction of marine fauna and flora.

Ice caps that continue to shrink

The continuing and prolonged loss of sea ice in the Arctic was confirmed in 2019. The average monthly extent in September (normally the month of the year when the ice surface records its minimum extent) was the third lowest on record. The recorded minimum daily extent was at the same level as the second lowest value for which data are available.

Until 2016, the sea ice extent in Antarctica had shown a slight long-term increase. At the end of 2016, this trend was interrupted by a sudden reduction in the ice surface to unprecedented low levels. Since then, it has remained at relatively low levels.

Over the past 13 years, Greenland has had nine of the ten years with the lowest surface mass balance in its ice sheet, and 2019 saw the seventh lowest value for which data are available. In terms of total mass balance, Greenland has lost approximately 260 Gt of ice each year in the period 2002-2016, with the maximum reduction occurring in 2011/2012, when a maximum of 458 Gt was lost. In 2019, the reduction in the ice sheet was set at 329gt, a value well above average.

Impacts on humans and biodiversity

People’s health and health systems are paying an increasingly high price because of extreme heat conditions.

In 2019, high temperatures in Australia, India, Japan and Europe broke all records and adversely affected the health and well-being of the population. In Japan, an intense heat wave resulted in more than 100 deaths and 18,000 additional hospital admissions. In France, more than 20,000 visits to the emergency department for heat-related illnesses were recorded between June and mid-September, and during two major heat waves there were 1462 deaths in the affected regions.

In addition, changes in climatic conditions that have occurred since 1950 facilitate the transmission of the dengue virus by Aedes mosquitoes and increase the risk of contracting the disease. The global incidence of dengue fever has increased dramatically in recent decades, and the risk of infection affects approximately half of the world’s population.

Climate variability and extreme weather events are among the most important factors that have led to the recent increase in world hunger and are one of the main causes of serious food crises. After a decade of steady reduction, hunger is on the rise again: more than 820 million people were hungry in 2018.

Of the 33 countries affected by food crises in 2018, climate variability and extreme weather events were, along with economic shocks and conflict situations, factors that aggravated the situation in 26 of them, while in 12 of these 26 countries, climate and weather aspects were identified as the main cause of the crisis.

Food security clearly deteriorated in 2019 in some countries in the Horn of Africa as a result of extreme weather events, displacement, conflict situations and violence. By the end of 2019, an estimated 22.2 million people (6.7 million in Ethiopia, 3.1 million in Kenya, 2.1 million in Somalia, 4.5 million in Southern Sudan and 5.8 million in the Sudan) were suffering from high levels of food shortages, only slightly less than during the severe and prolonged drought of 2016 and 2017.

March and much of April were months of extraordinarily dry conditions, followed by unusually heavy rains and floods between October and December. The episode of exceptionally heavy rainfall in late 2019 was also a factor in the emergence of the severe desert locust infestation affecting the Horn of Africa region, the worst in more than 25 years, and the most severe in 70 years in Kenya. It is expected to spread further by June 2020 and will constitute a serious threat to food security.

In 2019, drier than normal conditions in the Dry Corridor of Central America and the Caribbean caused forest fires in northern Guatemala and Honduras, with adverse effects on crop development, and contributed to the drying up of some rivers in Honduras. After below-normal rainfall from May to August 2019, about 50,000 families lost about 80% of their maize production in Guatemala. Significant crop losses (up to 70% and 50% for maize and beans, respectively) were also reported in Honduras under similar dry conditions. In September 2019, the Government declared an emergency due to the loss of staple crops, with more than 100 000 people at risk of hunger.