by Nelson Beard
in Online Trading
0 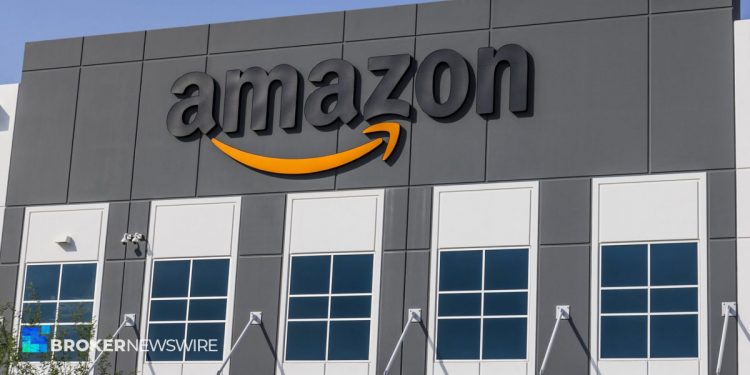 The world’s largest online retailer Amazon is even more in demand during the Corona crisis. But apart from the high turnover, the company does not always cut a good figure.

Booming trade on the Internet and flourishing cloud services provide Amazon with strong business growth during the Corona crisis. In the first quarter, sales rose by 26 percent year-on-year to 75.5 billion dollars (68.9 billion euros), according to the world’s largest online retailer on Thursday after the US stock market closed. However, Amazon also has high expenses due to the pandemic – for example, due to a recruitment drive in response to the considerable customer rush for its delivery services.

Quarterly profit fell by around 30 percent to 2.5 billion dollars. However, the most significant burdens are still to come. For the current quarter, Amazon warned of extraordinary costs of around four billion dollars due to the corona pandemic. The company plans to invest in its supply logistics and in measures to protect employees, for example. For the operating result, Amazon gave a forecast in a range of minus to plus 1.5 billion dollars and predicted an increase in revenues of between 18 and 28 percent. Amazon stressed that reliable estimates were difficult at present.

Amazon is among the winners of the Corona crisis

The share price initially reacted to the quarterly report with significant losses after the market. Nevertheless, Amazon is still undisputedly one of the big winners in the crisis. In the last three months, the share price has risen by more than 30 percent and reached new record highs. As a significant shareholder, CEO and founder Jeff Bezos also benefits significantly from this. According to the Bloomberg Billionaires Index, his assets have risen by around 29 billion to 143 billion dollars since the beginning of the year so that he was able to significantly expand his status as the wealthiest person in the world during the crisis.

Output restrictions due to the corona pandemic have caused demand for Amazon’s delivery services in many US regions to explode in recent months. However, the company struggled to cope with the huge rush and was, at times, overtaxed. Many customers still have to wait longer than usual or are unable to place any orders at all with the highly sought-after food delivery services. Bezos wants to solve these problems with high investments. While US companies are cutting jobs at record speed, Amazon is hiring employees on a large scale.

In March, it was informed that 100,000 workers would be hired to cope with the increased demand. This was followed in April by the hiring of a further 75,000, but Amazon has also come under heavy criticism for its working conditions – especially in the Corona crisis. The company is accused of not doing enough to protect its employees and is repeatedly confronted with protests. Amazon rejects the accusations, but could still get into trouble. For example, the mayor of New York, Bill de Blasio, and the powerful Attorney General Letitia James intervened in the controversial dismissal of a strike organizer in New York.

However, in the era of staying at home and working from home, the Group can continue to rely on its lucrative cloud business, which includes IT services and storage space on the Internet. Amazon’s flagship product, the AWS web platform – the market leader in cloud services for businesses – increased revenues by almost a third to $10.2 billion in the latest quarter. The division’s operating profit even grew by around 40 percent to 3.1 billion dollars. Amazon’s most extensive cloud rival Microsoft also reported strong growth in this area the previous day.

Nelson is our markets expert covering the latest events in finance as well as the current events and guides to keep you up to date. He has a proven journalistic experience with talent to create content that really matters. Bring to the table his knowledge about events that occur worldwide.

Dependence in the Corona Crisis: Too much of globalization?