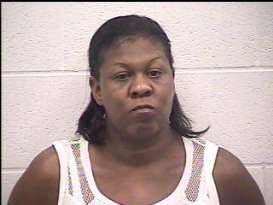 An Edgewood, Kentucky business woman has been sentenced to 66 months in prison. 49-year-old Phyllis Tyler was convicted by a federal jury in January of 2017. She was sentenced for Conspiracy to Commit Food Stamp Fraud, Food Stamp Fraud and four counts of Money Laundering.

Tyler operated the A&E Fashion’s and Beauty Supply LLC store in Covington. The store was an authorized food stamp retailer. Retail stores are able to participate in the SNAP program with authorization from the USDA Food and Nutrition Service. Authorized participants can only accept and redeem food stamps for eligible food items.

Accepting cash for food stamps is strictly prohibited. Evidence presented during the trial concluded that Tyler made cash purchases of food stamp benefits from beneficiaries from January 2, 2012 to June 26, 2015. The defendant paid half the value of the benefits. Then, the defendant redeemed the full benefits by carrying out EBT transactions at her store. This led to a direct distribution of money from the federal government to Tyler’s business bank account.

Simultaneously, Tyler was accused of using cards purchased at other retailers to purchase items for her personal use and for use at her store. In total, Tyler’s actions led to a loss of $408,979.75 to the food stamp program. Also, Tyler was accused of transferring more than $10,000 in food stamp fraud proceeds through a financial institution at least four times.

Tyler will be required to serve 85 percent of her sentence under federal law. Then, she will be placed under supervision for a period of three years.