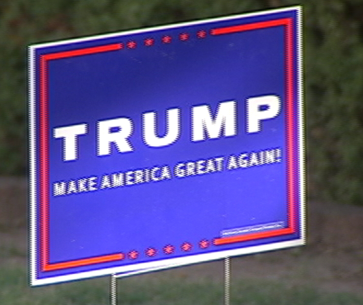 The 2016 Presidential election is right around the corner and this election season has been downright brutal. Both candidates have waged war against their competitor, while simultaneously attacking the other’s supporters. The majority of “reputable” media outlets have belittled Donald Trump for his so-called racist and sexist rhetoric. A few mainstream outlets made mention of Clinton’s infamous deplorables remark, but most downplayed her insult and some, such as Bezo’s Washington Post, support it. Dan Balz of the Washington Post concluded the comment simply summed up the election. Donald Trump’s negative comments have been repeated and replayed to the point of exasperation. While Clinton may very well secure victory next month, her campaign has ridiculed the backbone of the United States economy throughout the entirety of the election. Her political allies and celebrity puppets have done the same.

A CNN/ORC poll further pushed that narrative by insisting Trump supporters were nothing more than uneducated simpletons. Nancy Pelosi, who has benefited more than anyone from the sweat shed by these individuals, insists they’ve been blinded by their “3 Gs” and make choices that lead to negative consequences. Just today, the king himself, President Obama defended his failed Obamacare system while admitting Americans are getting better healthcare today, but they’re too feeble minded to see that it is a direct result of Obamacare. Let’s breakdown the numerous times Democrats and their celebrity puppets have slandered the hard working Americans, who have been left abandoned by their federal government.

I love Amazon just as much than the next guy. I’ve been a loyal Prime subscriber for many years. Unfortunately, a recent interview with Bezos shed light into his opinion of Donald Trump and Trump’s potential refusal to accept the election’s result. As Bezos stated, “Saying that he may not give a graceful concession speech if he loses the election, that erodes our democracy around the edges.” The statement is a subtle attack, but one that reeks of ignorance.

From seeing the enthusiasm Trump supporters have for their candidate, it is safe to say a concession speech in the event of a defeat would do very little to curb their hunger for change. It is hypocritical to accuse anyone of eroding our democracy, when Amazon has been consistently accused of taking step to avoid paying taxes in the United States. Amazon has also been accused numerous times of undercutting small businesses that use their platform to sell their products.

The cut throat nature of Amazon’s business practices closely parallel the business activities of Donald Trump. More importantly, Bezos needs to remain aware of Amazon’s primary clientele. The heart and soul of Amazon’s customer base is the American worker and the majority of these individuals have Trump signs in their yards. If Bezos wishes to continue playing with his fancy rockets, he would be wise to avoid becoming the “Bond Villain” some have envisioned.

Stephen King is a name that was a staple of your childhood. Although King had a few stinkers, it is hard to forget IT and the Shawshank Redemption. In recent months, King has gained more notoriety for speaking out against Trump and his supporters than writing books. In fact, King has become such a has-been that his next big hit will take the form of a reincarnation of the creepy clown. Suffice to say, King has done nothing noteworthy in the past few years. Under the Dome was a total disaster and it is highly likely IT will never match the original.

King has ridiculed Trump numerous times. At one point, he rambled “Even if he was able to govern without blowing up the world, could we look at a guy who resembles a cable game show host for four years?” King is a part of the Hollywood fantasy world, which pretends to be perfect, while ridiculing one another behind closed doors. And, we need to look no further for a Presidential gameshow host than current President Obama.

Obama secured his presidency mainly, due to his charisma. He is flamboyant, comical, and is fairly well known for delivering well-timed one liners. Nonetheless, he has governed for 8 years. His performance is subjective and a lot of his time has been on the green, but nonetheless Obama has been President for 8 years. Also, King should consider his past and that of Hillary Clinton’s. In April of 2008, King spoke out against a proposed Massachusetts bill, which would restrict and possibly even ban the sale of violent video games to those under 18 years of age. Clinton was on the other side of the aisle near the end of 2005. She sponsored the Family Entertainment Protection Act, which thankfully failed.

Nonetheless, King should look into the mirror and carefully consider his fan base. Although I am not a strictly religious individual, King has bashed Ted Cruz for his staunch Christianity. Doesn’t King know Christians are only few readers left in America? And, most Christians are Trump supporters. Trump’s hard working base has been responsible for turning King’s perverted fantasies into million dollar products. He should carefully consider who he attacks, when he attacks Donald Trump.

Nancy Pelosi is well known for two things, sticking her foot in her mouth and her ever changing appearance. During an interview earlier this year, Pelosi had no problem bashing Trump’s supporters and white males in general. She stated, “I think that, so many times white – non-college educated white males have voted Republican. They voted against their own economic interests because of guns, because of gays, and because of God, the three G’s”.

This election has been far different. Nancy and her political organization has continued the clichés of attacking the Republican for being racist and sexist. However, I have seen nothing pointing to Trump disliking, hating or intending to restrict gays in anyway whatsoever. Nonetheless, Trump’s supporters are the backbone of the economic. They’re fed up with Pelosi and her pals spending exorbitant amounts on the unemployed and illegal immigrants.

The money divvied out by the federal government comes from the white working class and the majority of them are Trump supporters. They’re sick of being overlooked, put down, and fed up with their money being used haphazardly.

Yeah, it should come as no secret that President Obama thinks Trump supporters are imbeciles. Just today, the President defended his Obamacare bill by saying, “You’re getting better quality, enough though you don’t know that Obamacare is doing it”. Sadly, the Obamacare scheme only helps a small portion of the population. While it is good that insurance companies can no longer discriminate based on current illnesses, the rest of the American population got the shaft. Trump supporters are those that are angry! They’re angry, because their premiums will be inflated by 20-80% in the coming years, if not more.

And, they should be angry at Obama and others for socking millions and millions of dollars into worthless endeavors. Don’t be surprised when the rate of overdose deaths decreases under Obama. Obama supports the initiative to ramp up the use of naloxone to combat opioid overdoses. This means more money to prolong the life of an opioid addict, who will most likely overdose again. And sadly, this trend will continue until authorities are unable to arrive in time. Naloxone is unaffordable and it simply “kicks the can down the road”. Nonetheless, this is something Trump supporters and their tax payments will support. 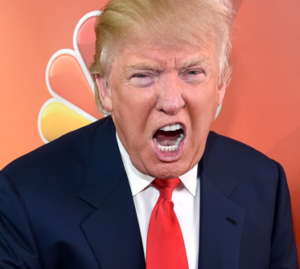 Personally, I could jot down a list of hundreds of celebrities, who have come out against Trump, while simultaneously inciting a proxy war with his supporters. Amy Schumer, Kendall Jenner, George Clooney, Matt Damon, Johnny Depp, and even J.K. Rowling make the first. I haven’t supported any of these individuals in any shape or form in a good five or ten years and have no intention to do so. Why we refer to these people as celebrities is truly beyond me. These are all egotistical individuals, who got a lucky shot.

Now, they have fortunes, but they’re no better and certainly no smarter than the average Trump supporter. In fact, they cannot even parallel the intelligence of the dumbest Trump supporter in America. These people aren’t heroes and do not deserve to be put on a pedestal, yet the DNC wants you to believe otherwise. They want you to see these individuals as Holier Than Thou and beyond perfect. Truly, they’re nothing without people like me and you.

Johnny Depp was a great guy, until it was discovered he was a wife beater and the most overpaid actor of 2015. Matt Damon has put his foot in his mouth numerous times. The brave people of Britain weren’t having it. They ignored the public schooled imbecile and voted to breakaway anyway. JK Rowling’s fantasy world is just as mystical and unrealistic as the setting of Harry Potter. Rowling has been locked in lawsuit after lawsuit, due to the series. In fact, one led a 15-year-old British girl break downing in tears, after her fan site was deemed a copyright violation. Who is the bad guy now?

Trump supporters are slandered each time Trump is slandered. Despite the media claims and rhetoric of the Democratic party, Trump supporters are diverse, well educated, and fed up. Democrats like Elizabeth Warren, Bernie Sanders, Hillary Clinton, and others may look down on these individuals, but they depend on their hard work and tax revenue to fund their governmental entitlement programs. They shamelessly use this money to help those that do not help themselves, while ignoring the working middle class.

Republicans, such as Paul Ryan, Marco Rubio, John McCain, and others, have failed to support their voting base. The constituent of Republican voters prefer a Donald Trump presidency, whether they like it or not. Yet, these individuals have done nothing to support their voter’s wishes. They would prefer a Clinton presidency, because she will follow the standard operating procedure, while keeping the 2 party system intact.

Donald Trump may not be the perfect candidate and may not come close to it. He may not even win on November the 8th, but his candidacy does provide hope to the working class of America. These individuals are the backbone of the American economy. They work the long shifts and simultaneously work two jobs, because they’ve been held down by the constraints of Obamacare.

They’ve watched for far too long as migrants are brought into the country and coddled, while their jobs have been shipped elsewhere. They’ve seen the WikiLeaks emails and they’ve watched the Project Veritas videos. They’re fed up and they’ll have their say one way or another. And quite frankly, they don’t give a darn what some space alien celebrity thinks about their ideologies or the man, who supports their ideas.

These individuals will have their say on November the 8th. And, win or lose, politicians and celebrities should take heed of their fury. The NFL is a fine example of their power. Regardless of the outcome, they have been heard loud and clear. Politicians on both sides of the aisle should take note or risk an early retirement.