Dependence in the Corona Crisis: Too much of globalization? 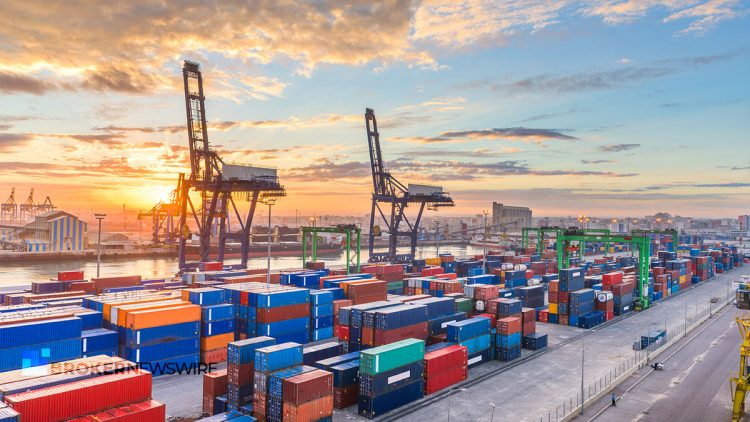 In Brussels, the Commission is expecting a ten percent slump in economic output in Europe. But the EU is already thinking about trade policy after Corona. Should we retreat into the national arena?

The European Commission is currently still busy calculating. At the end of next week, the Brussels authority will present its future economic forecast. Internally, there is talk of a slump in the European economy of around ten percent – and even that depends on how long the restrictions imposed by the coronavirus crisis last.

The World Trade Organization (WTO) has already taken a bold step: They are expecting a decline in global trade in goods of between 13 and 32 percent this year – depending on the situation. All the experts cite not only the standstill of companies as the reason, but above all the collapse of supply chains.

The coronavirus has increased the dependencies.

According to the trade experts around the Commission, this is the consequence of a global economy that was stopped and damaged by protectionist measures as a reflex when the crisis broke out.

Such changes in production processes have been taking place for some time, and the virus has only made them worse. As an example, Lange refers to digitalization, which has called into question the existing division of labour and, as a consequence, the current supply chains. A company such as the electric car manufacturer Tesla builds central parts of its model “3” on its own – without being supplied by other companies.

This guarantees independence. The trend is now set to intensify, according to Lange’s paper: “In the past, companies have reduced the number of their suppliers, with the result that today they have only one supplier for certain parts and systems.”

Europe felt the consequences even before the Corona crisis.

Europe had already felt the consequences before the crisis: In China produced active ingredients for drugs became scarce, more than 200 preparations were in the EU …it’s almost impossible to get anymore.

The community experienced the same thing after the outbreak of the pandemic for respiratory masks. “Global supply relationships now need to be rethought, especially in the health and automotive industries,” said French Finance Minister Bruno Le Maire a few days ago. “We cannot continue to be 80 to 85 percent dependent on China for pharmaceutical ingredients.” If the states were now to follow their impulse and build up additional capacities in their region, the developing and newly industrializing countries, in particular, would be affected.

The banking association Institute of International Finance (IIF) puts the total capital withdrawn from these states in March 2020 alone at around 76.7 billion euros. Within just one week, textile companies from all over the world cancelled orders worth around 1.48 billion euros to companies in Bangladesh – a catastrophe for the already developing country.

Rebuilding global trade could be an opportunity

Nevertheless, as Lange’s memorandum continues, the reconstruction of global trade could be an opportunity. After all, the supply chains of the future must be made more stable, secure and fairer. This would include the guarantee of workers’ rights as well as the proper planning of orders with secure payment and compliance with, for example, CO2-neutral production. His conclusion: “There is no way around a multilateral system.” Trade policy will change, the only open thing is in which direction.