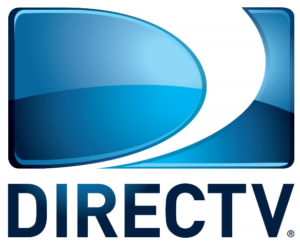 The hype surrounding AT&T’s new DirecTV Now service has continued to compound over the past few months. Initially, the details released were sparse. However, it was previously announced that DirecTV Now would cost around $35 and would provide consumers with access to around 100 channels. Now, it has been revealed that the service’s price will actually vary from 35 to 70 dollars a month. The availability of channels range from 60 to 120 depending on the package of choice. Many believe the service will become a major hit and may even “cannibalize cable subscriptions”. While the offering might become a success, it will still have a few hurdles to jump first.

DirecTV Now will have an abundance of competition. Not only will the service need to compete with traditional cable, but it will also need to overcome challenges from Sling TV and Sony’s Vue. The costs for these services are fairly similar, but Sling TV does have a slightly less expensive package. And then, consumers can always opt for on-demand streaming services, such as Amazon Video, Netflix and Hulu. These three service providers are substantially cheaper, but they do lack the live delivery. Nonetheless, most American consumers will agree that Amazon Prime and Netflix are a bargain.

Will consumers agree that DirecTV Now’s more expensive service is worth the upgrade?

It is important to remember that none of these services can be enjoyed without a reliable Internet connection. Depending on the user’s location and their provider, Internet alone can cost around 70 to 80 dollars.

When coupled with a $70 subscription to AT&T’s DirecTV Now, the total monthly cost for the majority of consumers will easily top $140 a month. While consumers may feel like they’re getting the upper hand over their cable provider, they’re not. AT&T’s own DirecTV and Internet bundle is 80 dollars a month for the first two years. DirecTV, Internet and home phone from AT&T costs less than $90 for the first two years. Internet coupled with DirecTV Now will greatly exceed these costs. This will likely be true, even if the consumer opts for the lowest $35 package. 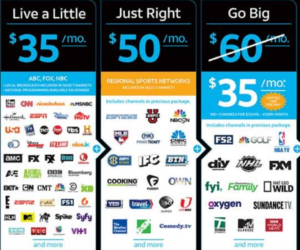 Of course, AT&T has cleverly decided to cut the cost of their 100+ channel package to $35 per month for newcomers for a limited period of time. Will this be enough of an incentive to get consumers to change from their preexisting service provider to DirecTV Now? The most basic package, which retails at $35 for month contains the following channels.

Many of the same channels are available from Sling TV for just $20 a month. Sling’s $20 package includes ESPN, AMC, CNN, HGTV, BBC America, A&E, and more. The $25 offering from Sling could easily compete with DirecTV Now. What is the real benefit of paying an extra $15?

Consumers will most likely feel the same. While it is highly likely that cable will continue to experience customer churn, DirecTV Now will most likely fall short of the cannibal moniker it has received. The cost is simply too expensive for most consumers. And, this doesn’t even account for Internet data caps. Data caps from Xfinity and other Internet providers will greatly hinder the consumer’s freedom to use their service.

The determining factor is whether or not consumers are willing to pay more for DirecTV and Internet, when they could continue to bundle and pay less for the trio of services. Many consumers have opted to cancel cable to escape the grasp of Xfinity and other cable providers. Will they be so willing to jump right back into the frying pan with DirecTV and AT&T?

When it comes down to it, DirecTV Now simply defeats the purpose of cutting the cord. When coupled with the cost of high-speed Internet, the combination will greatly exceed a traditional cable bundle. And of course, consumers may not be so willing to escape Xfinity or AT&T to team up with DirecTV. Dish Network cleverly avoided this problem by branding Sling TV as they did. AT&T did not and this may prove to be a big problem for them in the future. Sony is in a different boat, since the company doesn’t offer such services.

Many cord cutters have made their decisions based on their ire for traditional cable providers, such as Dish Network, DirecTV, Frontier, Xfinity, and others. Will they take the risk of shooting themselves in the foot with DirecTV Now?