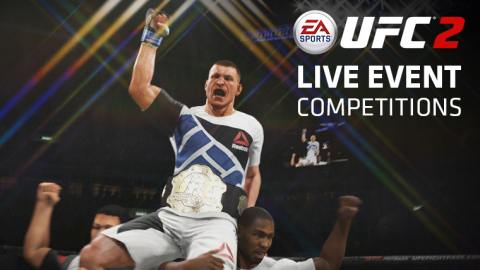 The UFC 2 video gaming experience is on the verge of being enhanced substantially. Players will continue fighting for respect and bragging rights, but now, they’ll also compete for money and the chance to join the July 8th UFC Fan Expo in Vegas. The brand new Live Events mode will start on Saturday May the 14th. On this date, gamers will be able to compete in qualifying rounds.

The intense head-to-head action of EA Sports UFC2 was already enough to keep gamers on the edge of their seats. Now, money will hinge on their performances and this will undoubtedly increase the game’s intensity and excitement. Once the qualifying period has concluded, players that rank near at the top of the scores bracket will be invited to the finals, which will take place at the UFC’s upcoming Fan Expo.

There, players will go to war once more. Eventually, one will be named the champion and will be rewarded with $10,000 USD. Even if you don’t have the skill set needed to claim the crown, you could still win something. Semi-finalists will receive tickets to the UFC 200 event, which is headlined by Daniel Cormier and Jon Jones. All players that take part in the events will also have the opportunity to win in-game rewards. Suffice to say, it is time to hit the gym! Get moving!