Earnings US Stocks And The Week Ahead 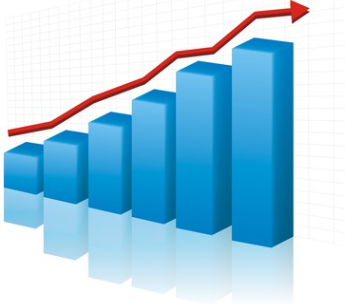 The week ahead will prove to be an eventful one for US stock exchanges and investors. Several major players are scheduled to announced their quarter earnings during this period of time. Your investments could hinge on the outcome, so you’ll want to settle in and take a look at some of the big names set to release their earnings reports within the coming week.

Adobe is scheduled to release their earnings on Tuesday, June the 21st, after markets close. Analysts, who were polled by Thomson Reuters, forecast the company’s earnings will roll in at 68 cents per share. The figure equates to a 42% over the previous year and would make this the 7th straight quarter the company had double-digit gains in their adjusted EPS. For the last quarter, Adobe Systems Incorporated managed to deliver a positive surprise of 10.64%. The current consensus estimate from Zacks sits at 52 cents.

The courier delivery company, FedEx, will also release their earnings in the upcoming week. The company is expected to release this figures around 4:15 PM Eastern Time or soon after the markets close for the trading day. Analysts currently have a consensus EPS estimate of $3.28 per share.  FedEx has had an eventful year. First, they managed to beat charges associated with online pharmacy shipments. More importantly, the company closed the purchase of TNT this May. The acquisition could give FedEx lead way in the European delivery market. On June the 6th, the company increase their quarterly dividend up to 40 cents, which equated to a 60% increase.

CarMax will announced their earnings on Tuesday, before markets open. Current analyst estimates have the company coming in with EPS of 92 cents and a revenue of $4.2 billion for the quarter. During the same quarter last year, the company delivered 86 cents per shape and a revenue of $401 billion. The KMX stock had abnormally high trading value on Friday, as investors anticipate earnings to be positive.

During Friday’s trading window, BKS stock fluctuated between 11.13 and 11.54, before finally settling at $11.20. The company will release earnings this coming Wednesday after marks close. Analysts have set EPS estimated at -.024 cents. Barnes and Nobles has been hit hard by the growth of online retailers specifically Amazon. On January 31st, the company delivered $1.04 earnings per share. Over the past four quarters, the company has reported negative EPS three times.

The SYNNEX Corporation will release earnings information on Thursday, June the 23rd. Analysts estimates suggest the company will deliver an earnings per share of $1.31. During the trading window on Friday, the SNX stock traded down 1.29% to settle at $91.35. In March of 2016, the company reported earning for the 1st quarter of its 2016 fiscal year. The results resulted in an EPS of $1.37, which aligned with analyst expectations. The company’s gross revenues came in at little lower than Wall Street analysts consensus figures of $3.26 billion. The company’s revenues were $3.126 billion.

Finally, Finish Line Inc. will release earnings on Friday before markets open. Currently, analysts expect the company’s earnings to come in at 23 cents earnings per share. For the same quarter last year, the reported EPS was 30 cents. In March of this year, the company delivered a positive EPS surprise. They beat the EPS consensus of 80 cents by 3 cents for a 3.75% surprise.