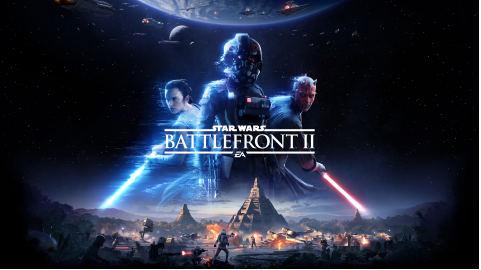 This weekend, Electronic Arts provided consumers with further details regarding their upcoming Star Wars title, Battlefront II. The unveiling took place at the Star Wars Celebration. The company officially announced that the groundbreaking title would be released globally on November 17, 2017. Working in conjunction with one another, DICE, Criterion and Motive attempted to create the most authentic and expansive Star Wars games on the planet. The brand-new Star Wars game’s story mode will give players the opportunity to experience an untold story of Imperial elite special soldiers. Multiplayer components of the game have also been enhanced and allows players to battle it out on the ground and in the sky. Players will also be able to step into the shoes of some of the series’ most iconic villains and heroes, including Darth Maul and Yoda.

The Star Wars Battlefront II single player campaign features new characters created by Motive. The story takes place 30 years between the destruction of the Death Star II and in the midst of the rise of the First Order. Players are introduced to Iden Versio, who leads the elite special forces unit of the Galactic Empire known as the Inferno Squad. Along the way, players will encounter and take control of Kylo Ren, Luke Skywalker, and other popular heroes and villains. The team worked diligently to create an intense multiplayer experience that will be sure to satisfy everyone.

Star Wars Battlefront II allows players to partake in battles featuring up to 40 people at once. The company also listened to gamer feedback and plans to deliver galactic-scale combat. Criterion was put in control of the game’s space combat. They built it from the ground up, while refining it meticulously along the way. While Star Wars Battlefront II will be released in November, players can get on the action on November the 14th with the Star Wars Battlefront II: Elite Trooper Deluxe Edition. Additional details about the game and pre-order bonuses can be found at the official press release.