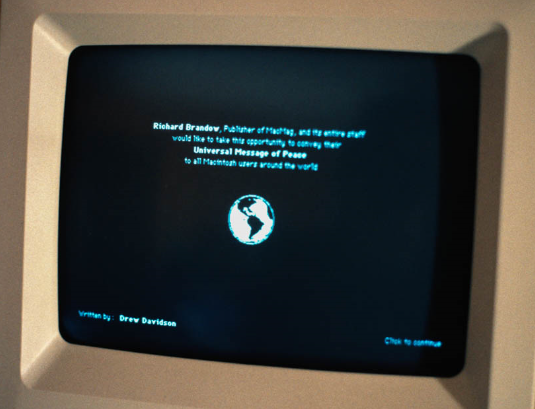 The website hosting market has changed substantially over the past few years. In the past, there were an abundance of different companies. Today, Endurance International Group has managed to nearly monopolize the market. The firm owns the biggest hosting companies in the world, including the following.

The company went public in October of 2013 with the stock ticker EIGI. They managed to raise $252 million dollars, while selling shares at $12 each. The company fell well short of their goal of $400 million. The company’s stock price hasn’t been at IPO levels since the end of 2015. In fact, it has continually dipped lower and lower, while reaching $6.85 in August of 2016. Over the past few years, the company has apparently entered into a partnership with SiteLock and that could be their downfall.

The Sad State Of The Internet – SEO Scams And More

At the end of December 31, 2014, the company’s principal agreement with IBS was amended and this resulted in the accounting treatment of expenses being tallied against revenue. When visiting the website for GlowTouch, you will find that the firm serves many companies with one of them being SiteLock. The report also concludes that Endurance has paid approximately 34.5 million dollars to companies linked to Ravichandran over the past 3 years. These companies include GlowTouch Technologies, IBS, Tregaron India Holdings, and Diya Systems. While EIG insisted the claims were baseless, it is important to take a closer look at SiteLock and recent behavior from the company.

During the course of several years, an abundance of complaints have been filed against SiteLock and HostGator. In fact, a large number of HostGator clients have complained about their sites being locked, while SiteLock has claimed their sites contained malware. I recently received a similar email with the header: A Message from HostGator: SiteLock Alert! Malware Detected On Your Website. This in and of itself confirms HostGator and EIG are providing SiteLock with their customer’s emails and registration information.

While SiteLock has continued to build partnerships with GoDaddy, GMO Cloud and others, the company has consistently received negative complaints. Some suggest SiteLock uses DMCA complaints to block negative criticism. Nonetheless, it is clear that their relationship with EIG, HostGator and other entities is a clear conflict of interest. Customers of various hosting sites, especially those associated with EIG, have accused those hosting companies of making their websites inaccessibly, while encouraging them to signup for the services with SiteLock.

Should this be true, it would closely resemble an act of extortion. To make matters worse, SiteLock claims to have found Malware on the user’s site, yet fails to disclose any details. How exactly is SiteLock scanning the consumer’s website? During my search, I carefully investigated my log file and failed to find any visit from SiteLock or any associated script or application. Despite the company claiming to utilize a cloud-based scanning system, I was unable to find any mention of their services on my site. At the same time, the company claims to be able to scan the site with a simple domain name. Obviously, they never scammed my site and simply acquired my name from EIG and/or HostGator.

I have also taken it upon myself to scan my own site multiple times. The results prove the site is totally clean. Unsurprisingly, SiteLock and EIG are both riddled with consumers complaints on BBB. On 10/7/2016, one consumer complained about HostGator pressuring them into signing up for SiteLock. On 12/19/2016, another client complained they were forced to pay for SiteLock, after their site triggered Malware warnings and their hosting company encouraged them to sign up for SiteLock. Like many others in such a precarious situation, the consumer paid for a “manual cleaning”. Nothing happened, besides emails insisting SiteLock was working on the issue.

Sadly, HostGator was once considered the Amazon of webhosting. The company’s customer service was excellent. Now, they’re owned by EIG and the goal is to apparently funnel money and customers to side companies, GlowTouch and IBS, aka SiteLock.

Unfortunately, EIG and IBS have very few obstacles in their way and this will likely keep the racket going for quite some time. It also seems that their scheme has been effective, since SiteLock insists it has been named as one of the fastest growing companies, according to a recent press release. So, what should you do, if you receive a letter from SiteLock? Ignore it. In all likelihood, they’re simply pushing their weight around and trying to scare you into signing up for their services.

If your hosting company takes additional steps and shuts down your account, it is time to take action. Speak with the hosting company and make sure they legitimately check out the claim. If they’re unwilling to do so or prompt you to sign up for SiteLock, file a complaint against them with the BBB. What happens if you’ve already given money to SiteLock?

First and foremost, file a complaint with the BBB. SiteLock’s BBB page can be found here. A complaint with the BBB will get your money back at least. In 2002, the FTC took action against search engines. They’ve also gone to battle with fake new sites and many others. So, it is a good idea to submit a complaint with the FTC. In the event that enough people does so, EIG may be forced to rectify their problems and make things right for consumers. Sadly, EIG and SiteLock need to be separated.

The behavior of EIG and SiteLock closely resembles the complaints logged against Yelp, which has been accused of providing businesses with good reviews for good pay and vice versa. And of course, it is hard not to correlate SiteLock with LifeLock. The latter has been riddled with scandals and SiteLock may very well be next. Nonetheless, if you want to get your site unlocked, SiteLock is not your answer. In fact, it is probably the root cause of your problems.