by Lewis Marshall
in Enterprise
0 More than a year after its rivals Samsung and Huawei, Apple is now bringing 5G-capable smartphones to the market. “Today is the start of a new iPhone era,” said company boss Tim Cook at an online event at the company’s headquarters in Cupertino.

Under perfect conditions, download speeds of up to 3.5 gigabits per second were achieved in tests with the new iPhone 12. The Apple phone also comes with a modified design – it is a bit more angular again, like the iPhone 5 model series recently.

DirecTV Now Set To Launch Wednesday – What To Know

´Apple promised that the display glass of the iPhone 12 would be much more resistant than before thanks to nanotechnology. This makes it four times more likely that the new glass will survive falls without damage. A new lens system is to improve the quality of photos in poor light conditions – in addition, the images will be enhanced by software as is now common practice.

Delay because of Corona

The iPhone is by far the most important Apple product. At the same time, Apple is not in the front row of the 5G supporters. Competitors such as Samsung, Huawei, Motorola, and OnePlus had in some cases brought the first 5G smartphones onto the market more than a year ago. In the telecommunications industry, however, there is hope that the addition of 5G modems to the iPhone model range could give a boost to the wider use of the technology by consumers.

The new generation of Apple phones had not been presented in September as usual due to the Corona crisis. In spring, when close coordination with the supplier companies in China was actually necessary, Apple engineers were unable to fly to China. In addition, the production facilities of Foxconn and other Apple partners were closed for weeks. The e-scooter industry is in crisis because of the coronavirus. But experts stress: The situation also offers opportunities, for example,... 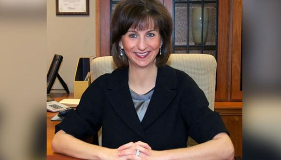 On Friday, March the 31st, the Wake County District Attorney, Lorrin Freeman, and County Manager, Jim Hartmann, announced they had... DirecTV Now Set To Launch Wednesday – What To Know

The hype surrounding AT&T's new DirecTV Now service has continued to compound over the past few months. Initially, the details...