Fitbit Heads To China With Fitbit Blaze and Fitbit Alta 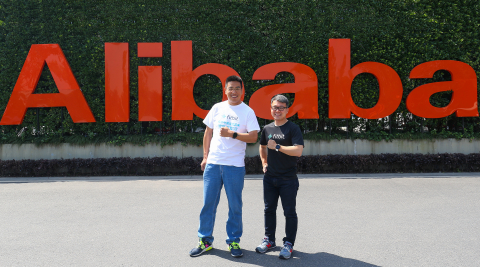 HANGZHOU–( BUSINESS WIRE )– Fitbit (NYSE:FIT), the leader in the global connected health and fitness market, today announced the availability of Fitbit Blaze™ and Fitbit Alta™ devices in China. To celebrate the launch and encourage health and well-being across China, Fitbit and Alibaba organized a major health and fitness […]

Today, the smart health band manufacturer, Fitbit (NYSE: FIT), announced they’re heading to China. Fitbit has become the leading provider of connected health products and they hope to expand their customer base, by introducing the Fitbit Blaze and the Fitbit Alta to the Chinese market. The manufacturer has teamed up with Alibaba to try and encourage China to get fit, while marketing their products. The new initiative ‘China is Getting Fit’ brought together Alibaba employees and Fitbit employees for a simultaneous, coordinate workout in hopes of breaking a Guinness World Record.

The Fitbit Blaze, which is slightly more expensive than the alternative, offers an array of monitors and sensors. It can analyze and track the user’s heart rate and activities. It offers automatic recognition for exercising and sleeping. The Blaze can easily be fit into the consumer’s life, thanks to its smart notifications, which include call and text alerts. The product’s battery life of approximately 5 days is also impressive. The Fitbit Blaze has been available within North America since late February. Asian consumers will be able to get their hands on the smart band right now.

Fitbit will make its products available through Alibaba’s website, TMall.com, which has become one of the biggest 3rd-party platforms for retailers and brands. During today’s trading session, Fitbit’s stock fell .28% to end at $14.13. They have a 52 week low of $11.91 and a 52 week high of $51.90. In other news, Fitbit has admitted they may incorporate payment capabilities in their device in the future.