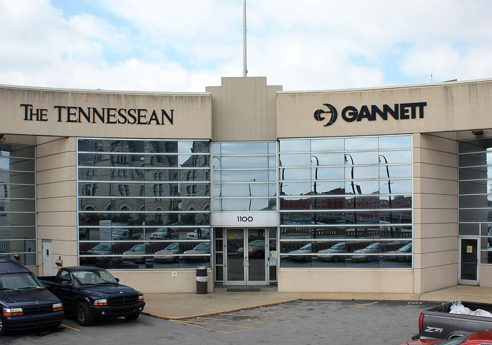 Gannett Company is a publicly traded media holding company based out of Tysons Corner, Virginia. The firm has been in business since 1906. After a 2015 spin off, the former parent company became known as TEGNA. Both Gannett and TEGNA maintain a presence in the state of Tennessee, but that presence will soon change. On August the 2nd, Gannett confirmed it would be closing its Nashville design studio. Gannett and USA Today Network made the announcement on Tuesday.

The consolidation will mean the end of the Nashville design studio with the design work being moved to other operations in Des Moines, Louisville, and Phoenix. The transition is expected to be completed on October the 1st. Along with the closure will come nearly 100 job losses. In total, the closing will impact a maximum of 88 jobs, but Gannett hopes to offer some Nashville employees with remote-work opportunities.

Vice President of New Operations with USA Today Network, Mizell Stewart III, insists the design team in Nashville “has been a valuable part of the USA Today Network.” The employees at the Nashville studio were primarily responsible for print design for the company’s newsrooms throughout the nation. These individuals were informed of the closure on Tuesday.

Stewart made it clear the company intends to rethink print pages, while providing readers with beautifully designed print editions they can enjoy. “We are rethinking the way print pages are produced. Readers will continue to enjoy beautifully designed print editions, while at the same time enjoying our outstanding news coverage on their smartphones, tablets and desktop. We are fully dedicated to providing the best and most engaging content possible —- however our readers want to consume it.”

The design studio team worked out of the building at 1100 Broadway. That building was simultaneously shared by staff for The Tennessean. In April of this year, another design studio in Asbury Park, New Jersey was closed. As for The Tennessean, which is owned by Gannett, the newspaper has been searching for new office space. Approximately a year ago, President Laura Hollingsworth said the media outlet would need room for 291 employees.