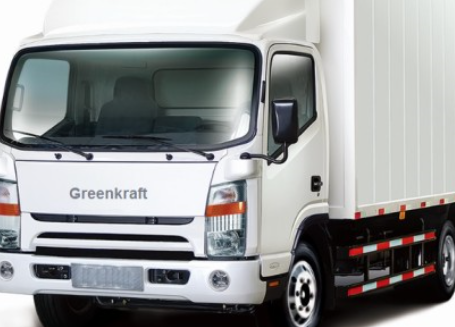 Greenkraft Inc. (OTCQB: GKIT) is a manufacturer of alternative fuel automotive products. The company specializes in producing green, clean automobile products, which run with alternative fuels. The company sells commercial trucks and alternative fuel systems. Their products are designed to be environmentally friendly and efficient. The company’s trucks are utilized within an array of different industries. They’re suitable for food services, construction companies, exterminations, plumbers, and even landscapers. Businesses, which take advantage of Greenkraft’s offerings, may be able to cash in on rebates and tax incentives from the United States government.

The company’s automobile products work with natural gas and even liquid propane. All Greenkraft vehicles meet current EPS and CARB emission standards. According to the company’s website, the cost of operating a propane vehicle would be substantially cheaper than traditional gas and diesel. Thanks to the success the company has experienced over recent years, they’ve decided to add additional distributors to their lineup. The new distribution network will allow the company to sell their products throughout the United States and hopefully increase their revenue. The company has also announced that they will be adding many new American dealers, so they can enhance their domestic distribution network.

Several days ago, the company also expressed its intention to expand to the agricultural market by giving farmers access to an alternative to diesel engines. On July the 1st of 2016, the company revealed they had increased their revenue Nearly 500% during 2015. In 2014, the company generated $2,496,000. For the year of 2015, they brought in $12,340,000. The company’s stock, GKIT, is currently traded on the OTCQB market.