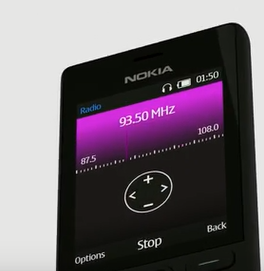 On December the 13th, HMD Global announced two new basic handsets. Two handsets will be branded with the Nokia logo, after the company struck a licensing arrangement with Nokia Oyj earlier this year. The new phones, the Nokia 150 and Nokia 150 Dual SIM, will become available in some markets in early 2017. While most smartphone manufacturers have continued to increase the cost of their phones, HMD will take a step backwards. The two basic handsets will be available without Internet access for approximately $26 after taxes and subsidies.

While the basic phone business lags in some countries, it is a big hit in India and in some parts of Asia and eastern Europe. The new Nokia 150 will be equipped with a 24-inch screen and a VGA camera. The phone will also provide consumers with approximately 22 hours of battery life. The battery can be charged with a micro-USB cable. Despite the affordability of the Nokia 150, it is Bluetooth compatible for file transfers and features a built-in radio. And finally, the phone is equipped with a built-in torchlight.

While the phone might not be as fancy as the iPhone or Galaxy, it is certainly an upgrade from many affordable alternatives. Both phones include a microSD slot for maximum storage capacity of up to 32GB. They’ll also be available in black and white. The phones will become available in IMEA, APAC and European during the 1st quarter of 2017, with global availability coming sometime later. The announcement is a step in the right direction for HMD, which is also working on smarter phones with the Nokia brand.

HDM is believed to be working on several other Nokia smartphones, including the Nokia D1C. The smartphone is expected to have 16GB of internal space and will arrive with Android Nougat 7.0 pre-installed. Many will be interested in something a little more powerful than the Nokia 150. These individuals will need to wait a tad bit longer to get their hands on a Nokia smartphone.