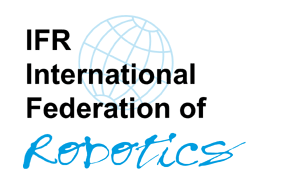 On April the 25th, the Statistical Department of the International Federation of Robotics, IFR, released statistics regarding the implementation of robots in the United States automotive industry. The stats show that around 17,500 industrial robots were added to the US automotive workforce during 2016. Over the past 7 years, the same industry saw an increase in approximately 52,000 robotic units. While many people associate robots with job loss, the IFR has confirmed otherwise. During the same period, the number of United States automotive sector jobs rose by 260,600, according to the Bureau of Labor Statistics.

During a Roundtable in Chicago, IFR CEO Joe Gemma insisted, “The main driving force of this growth is the ongoing trend to automate production in order to strengthen the competitiveness of American industry globally, to keep manufacturing at home, and in some cases bring back manufacturing that had previously been outsourced to other countries.” As for Amazon, the company’s Director of WW Engineering Advanced Technologies, Jon Battles, admitted it was vital to remain optimistic about jobs in the future.

While Amazon has continued to hire throughout the country, the company has also increased their robotic workforce. Much of that hiring has occurred after the installation 45,000 Amazon robotic systems in the company’s fulfillment center. The report also spoke with Prof. Dr. Howie Choset with the Advanced Robotics Manufacturing Institute. Dr. Choset focused solely on manufacturing companies with 500 or less employees. Choset admitted these small companies were forced to automated or “vaporate”. He stated, “They know if they don’t embrace automation they will not be around in the future.”

Nevertheless, the International Federation of Robotics stresses the importance of education. Current and future workers need to be properly educated in order to fully reap the benefits of robotics. The firm recommends companies adapt their education and training systems to better accommodate the implementation of robotics into the workforce. Those interested in learning more about IFR’s statistics should visit their official website here.