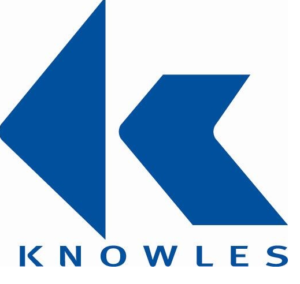 The Knowles Corporation (NYSE: KN) announced the launch of the Versant voice technology today. As one of the leading providers of audio processing and micro-acoustic solutions, Knowles knows a thing or two about hearables and earphones. Their Versant voice technology claims to be the most advanced audio solution and is capable of accommodating noisy environments.

According to the company’s press release, the breakthrough technology delivers an unparalleled performance when capturing the user’s voice in windy and noisy environments. The technology is also capable of accommodating the development of smaller, more elegantly designed products. In 2015, 65% of smartphone users admitted they utilized voice assistants regularly. This ultimately led to a major increase in demand for hands-free control and Knowles hopes to fill that demand.

Tests conducted with the Versant technology showed that premium headphones, which featured Versant, were capable of delivering an enhanced performance in almost all situations, including gusty winds, inside a vehicle, and even in quiet environments. The technology utilizes a combination of Knowles SiSonic MEMS microphones with an innovative noise suppression algorithm to detect the user’s voice, as well as any present environmental noise.

The Versant then captures desirable audio, while filtering out background noise to ensure only the highest of quality vocal audio is transmitted. There are currently multiple patents pending for the technology. The Versant technology is now available as a key feature of Bragi’s inaugural product, The Dash. Bragi’s The Dash is a wireless smart earphone, which delivers 3-in-1 functionality. It works as a music player, live sports assistant and a smartphone companion.

Knowles’ Versant was incorporated into The Dash during an upgrade on July the 12th. During the day’s trading, KN stock climbed .96% to settle at $15.80. The stock maintains a 52-week range of $9.68 to $22.33. Knowles is expected to report new quarterly earnings on July the 26th of 2016. At this point in time, Zack Investment Research has a consensus EPS forecast of $0.04 based on the forecasts of 3 analysts.

During the same quarter last year, the company posted an EPS of $0.04. During the last quarter, the company beat EPS forecasts of -0.04 by 200% to post EPS of $0.04. In May of this year, the company announced they had signed into a definitive agreement with Loyal Valley Innovation Capital to sell their mobile electronics speaker and receiver product line. The sale was expected to be completed by the conclusion of the 2nd quarter of 2016 pending regulatory approvals.