Knoxville Based Paleo Foods & More Plans For Expansion In Tennessee

This week, it was confirmed that Tennessee’s only paleo restaurant, Paleo Foods & More, would soon be expanding throughout the state. The restaurant specializes in grain-free, grass-fed, locally-sourced organic foods. A second location has already opened and the company’s general manager, Matt Huszar, has announced plans for additional locations in the near future. Paleo Foods & More was opened two years ago in Knoxville’s The Health Factory. 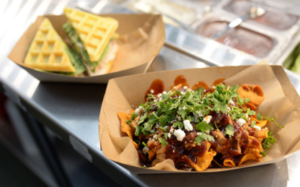 After the restaurant proved to be successful, Huszar began looking for expansion locations. This eventually led to the recent opening of the newest Paleo Foods & More location at 9050 Cross Park Drive in Knoxville. Simultaneously, Huszar has confirmed that as many as three new locations could open in the next 18 months. The restaurant is currently scouting out locations in Nashville, Knoxville, Chattanooga, and the Tri-Cities areas.

As the name suggests, the restaurant serves paleo based foods. The paleo diet includes foods that can be hunted or fished. This includes meats and seafood, as well as picked and gathered eggs, nuts, herbs, spices, fruits, and vegetables. Most people are aware of the fact that paleo foods can deliver health benefits. For Paleo Foods & More, the taste is equally important.

Matt Huszar recently said, “Delicious food has never been this good for you. Most people know that a paleo diet is really healthy, but they’re surprised to find sausage biscuits and gravy, chicken nachos, cinnamon waffles, chocolate donuts and cake on our menu.”