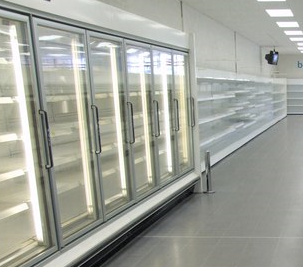 On January the 26th, KPS Global held a ribbon cutting for their new facility, which is based out of Goodyear, Arizona. KPS Global is a privately-held company, which manufacturers, installs and repairs walk-in refrigerators. The company currently has three manufacturing facilities allowing them to serve clients in Canada, North America, Latin America, and the Caribbean. The state-of-the-art facility is specifically designed to accommodate the company’s current customers, as well as future demand. KPS Global will invest more than 2.3 million dollars in their Goodyear facility.

They intend to add multiple and highly sophisticated manufacturing lines, which will create panels to be utilized in walk-in refrigeration equipment. Additional space is available to accommodate the company’s growth. It has been estimated that KPS Global’s expansion will bring approximately 85 new jobs to the Goodyear area. The company also recently expanded in Sullivan County, Tennessee.

In December of 2016, officials with KPS Global and the Tennessee Department of Economic and Community Development Commissioner, Randy Boyd, announced that the company would be expanding to Piney Flats. In Tennessee, KPS Global will add an additional 37,000 square feet to their existing facility. The company will also move a segment of their operations to a second building in the industrial park. The move will allow the company to increase their manufacturing and warehousing areas.

The 1.5 million dollar investment will bring 64 new jobs to Sullivan County. To learn more about KPS Global, be sure to check out their official website at www.KPSGlobal.com.