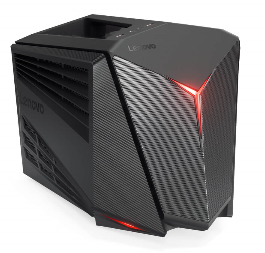 There is no doubt that virtual reality has generated a substantial amount of hype from consumers and gamers all around the world. Unfortunately, many VR headsets requires immensely powerful computers, in order to utilized fully. Not only can this increase the overall cost of such technology, but it also greatly restricts the user’s freedom. Lenovo (OTC: LNVGY) hopes to rectify this problem with the release of their upcoming gaming computers. The company’s brand new IdeaCentre Y710 Cube PC is compact and easy to transport from one location to the next allowing gamers to experience the best of virtual reality nearly anywhere.

The company has also unveiled the IdeaCentre AIO Y910, which is biggest, bolder, and capable of fitting in almost any battle station. The two VR ready computers were introduced today at gamescom. The IdeaCentra Y710 Cube is idealistic for anyone that wants to experience VR anywhere in the world. The computer weighs just 7.4kg and will incorporate the use of NVIDIA’s newest GeForce GTX 1080 graphics and the Intel Core i7 processor. To ensure the computer is able to handle 4K gaming and to deliver the best experience possible, the Y710 will also feature up to 32GB of DDR4 RAM. The Cube can also be integrated with the Xbox One Wireless receiver, so it can be controlled with the Xbox One Wireless controller. The receiver works simultaneously with a maximum of Xbox One controllers.

Although the IdeaCentra AIO Y910 is slightly bulkier, it is still much more compact than many other VR-compatible computers. The Y910 eliminates the need for massive towers and an abundance of cords, without losing power anywhere. The VR-ready PC is available with the AMD Radeon TX 460 graphics card or NVIDIA’s GeForce GTX 1080 card. The computer’s Window 10 operating system and the Xbox pp makes it possible for gamers to stream Xbox gamers directly to their computer. And, they’ll be able to access Windows’ most popular productivity apps, such as Outlook, Word, and Excel. The computer incorporate the use of the innovative Killer DoubleShot Pro Wi-Fi, which ensures gamers will be able to experience a flawless connection and limited in-game lag!