Majesco Entertainment (NASDAQ: COOL) was founded in 1986. The company, which is based out of New Jersey, has been in the video game business from the very beginning. At first, the company reissued old title, which had been abandoned by the publisher. Majesco found success with Nintendo and Sega systems. Over time, the company shifted to game development. They launched numerous several titles across various platforms, including the GameCube, Game Boy Advance, Xbox, PlayStation2, and PC.

Unfortunately, Majesco hit hard times during the past few years. In 2015, the company announced they would drop physical software and focus entirely on digital titles. At that time, Majesco shuffled their staff with a new CEO and downsized to only five employees. They also announced two titles, a new addition of A Boy and His Blob and a new title, Glue. Majesco released A Boy and His Blob in January of 2016. The game received majorly positive reviews from fans. A press release in March of 2016, revealed that Majesco was collaborating with Dinosaur Games for their upcoming Glue title. 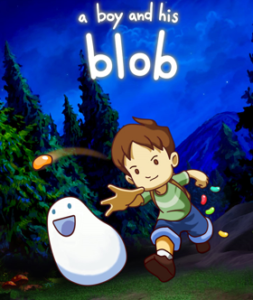 Glue will be available on the PC. According to the press release, the title will be a 1st-person puzzle-platform game with an innovative ragdoll physics engine. Players will be required to solve puzzles, while utilizing their Glue gun to manipulate objects and advance from one level to the next. Initially, Glue was expected to launch in time of Summer of 2016. That time period has since passed and details have remained sparse. Dinosaur Games has previously worked on MechKnight Chronicles. They had also worked with various partners, including Hellfire Games, Meta 3D Studio, Digital Dreams Entertainment and Groove Jones. 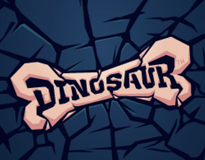 While Majesco’s games production has remained stagnant, the stock has continued to move. Approximately 3 months ago, the company initiated a 1-for-6 Reverse Stock split. After the split, the stock fell sharply. Nonetheless, there has been some good news for Majesco. On November the 9th, current CEO, Barry C. Honig, purchased 20,000 shares of COOL stock at an average price of three dollars per share. The hedge fund Geode Capital Management LLC also increased their stake in the company during the 1st quarter.

During the past month, COOL stock has fluctuated from $2.79 to $3.60. Since the beginning of the week, the stock has climbed steadily. On Wednesday, the stock opened at $3.36. It closed at $3.53. While the company has remained mum about their upcoming titles, it does appear something could be going on behind the scenes. Where will the company go from here? Only time will tell.