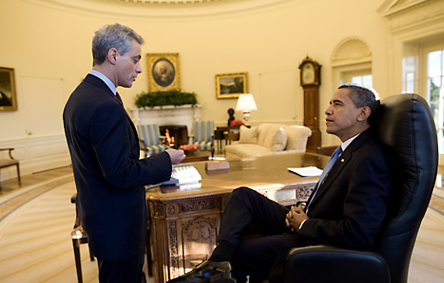 Earlier this week, Chicago Mayor Rahm Emanuel and Exelon President, Chris Crane, announced the raising of 25 million dollars in diversified funding to make improvements to Addams Park. The money is expected to be used to construct an indoor athletic facility at the park, while the remaining funds will go towards field improvements. The park can be found at 1301 West 14th Street next to the Pilsen, Little Italy, and University Village neighborhoods. During the announcement, Emanuel insisted the improvements will help provide Chicago communities with invaluable resources to enjoy.

He stated, “The new facility and outdoor improvements at Addams Park will provide Near West Side residents with a community anchor for recreation and leisure.” The proposed 100,000 square foot facility will be named the Exelon Student Recreation Center. It will feature an indoor track, basketball courts, an artificial turf field and multiple community rooms. The facility will be used for a wide range of activities and events, including regional competitions and athletic league programs for youths and young adults from the local community.

The 9.24-acre park will also receive several enhancements. The improvements include a new natural turf baseball field and an artificial turf field, which can be used for baseball, lacrosse, soccer, and football. A walking path will be added to the perimeter of the park. In total, the construction of the indoor facility is expected to cost around 20 million dollars. The outdoor improvements will consume the remaining 5 million dollars. Contributions have been generated from various avenues, including the City of Chicago, Chicago Housing Authority, and the Chicago Park District.

A five million dollar donation was received from The Inner City Education and Recreation Foundation. Exelon donated three million to the project. The city has set a December 2019 date for the park’s completion. The park will serve around 7,500 new residents, who are expected to move into the nearby 120-acre Roosevelt Square development in the near future. The city recently took steps to construct a new library branch at Roosevelt Square. The library should open sometime in winter of 2018.