The True Meaning of Financial Independence 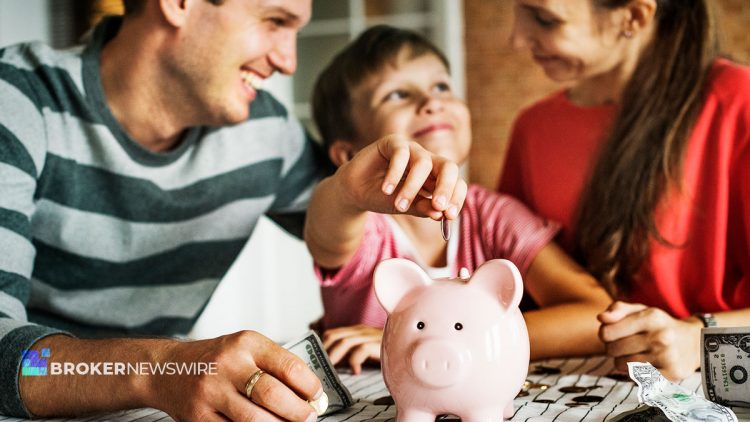 Everyone has their own definition of financial independence.

For some, it’s a certain net worth target. I’ve known people who want to be millionaires, others who want $10 million, and yet others who’ve said they won’t stop working until they’re billionaires. Others have no target at all, and would rather spend all their disposable income on Starbucks three times a day.

Another common goal is to generate a particular amount of income completely passively. This could come from investments, USA, Canada Pension Plan, Old Age Security, or any other source- as long as it’s completely passive. Others take a similar approach but instead of setting an arbitrary income requirement for their retirement (whether traditional or early), instead they have a  goal of retiring without reduction in their current level of income.

With all of the different definitions that are out there, our readers often ask – What is the true meaning of financial independence? Read on to find out.

Thinking Backwards – Why do We Need Money?

When we think about the word “independence” it means to be free, or not influenced or controlled by any person or thing. Financial independence, then, means to be free from the control and influence of money. And what is the single biggest controlling effect that money has in our lives?

It’s obvious – money makes us work. For many people (including myself, luckily), this isn’t the end of the world because we love our jobs. However, my perspective has been that most people are not passionate about their work – thus, retiring early has bigger upside.

According to this article by Forbes, there are twice as many actively disengaged workers as there are workers who love their jobs. This is a funny paradox, because people who love their jobs typically become more successful, and thus earn better wages and have superior chances of leaving the workforce early. So financial freedom comes to those who don’t need to escape as much!

Turning This Into A Goal

Having abstract dreams is nice, but sometimes they can be tough to turn into executable goals. Over time, I’ve realized that my personal definition of financial independence is the ability to work only at tasks that I am passionate about, and only when I want to. Again it comes back to the freedom from “work”!

After a lot of thought and consideration, I’ve determined that my long-term financial goal is to generate $80,000 of passive income. With this goal, I could comfortably live in my home province of New York.

I don’t exactly have a timeline on this goal, yet, but the very thought of achieving this in my head has renewed my financial motivation. I’ve been spending less, saving more, and working harder.

Implementing This Into My Portfolio

I’m going to use dividend information from mid-July, 2016 to show you a few model portfolios that can generate this type of income right now. The portfolios will be of different size and correspondingly will have different risk tolerances associated with them – however, my bottom line here is that there’s more than one way to reach this goal.

Fixed income securities are attractive for retired investors for three main reasons. First of all, they are low risk. Since bonds are more senior securities than stocks,  bondholders are much more likely to be repaid than stocks in the event of a company bankruptcy. Secondly, they are lower volatility, which means that investors can cash in their holdings more regularly without having to worry about the price actions in the bond market. Third, bonds generate a stable stream of cash flows that investors can use as their retirement income. Take a look at the return profile of bonds vs. stocks:

For this solution, I’ve selected ZAG, which is the ticker for the BMO Aggregate Bond Index ETF. According to their website, the ETF currently has an annualized distribution yield of 2.96% as of July 15th, 2016.  Some simple math tells me that to generate my $80,000 of income I would need to invest $2.7 million in this ETF. Ouch, that’s quite a bit of money!

With the current low-yielding fixed income environment, I’m sure that a lot of retired investors are looking to dividend stocks as a way to increase their overall portfolio yield. In my mind, a dividend is “high” if it’s above 4%. While this might not seem like a crazy boost from the 2.96% yield of the fixed income ETF that I just discussed, it’s larger than it seems because dividends are taxed at a favorable rate compared to the interest income generated by bonds.

Google Search is telling me that one of the more popular dividend ETFs on the market is the iShares Dow Jones Cad Select Index Fund. Since the ETF has a current distribution yield of 4.10% according to their website, this fits my criterion to be a “high-yielding” dividend ETF. With this 4.10% yield, my $80,000 of completely passive income would be generated from a portfolio of size $1.95 million. Better than the $2.7 million from the fixed income ETF, but still higher than I would like.

Some people prefer to invest in individual stocks over mutual funds or other types of structured solutions. This is because they have a greater control over their investment performance. So where can we go looking for yield?

USA and Canada’s stock markets are known for being dominated by what are called the “Big Five” Banks. These are BMO, RBC, TD, CIBC, and Scotiabank. They are all high-yielding stocks (though some might not pass the 4% test depending on exactly where there price is on a given day).

If you were to place an equal weight (20%) into each of these stocks, you would have a portfolio with a yield of 4.26%, better than any of the other solutions we’ve discussed so far. On this yield, my goal of $80,000 of annual income would be generated from $1.87 million, down from $1.95 million with the high-yield ETF. Another step in the right direction!

Solution 4 – Half Banks, Half Higher-Yielding REITs

REITs are a great solution for the retired investor for three reasons. First, they typically have a lower beta than typical dividend investments. This means that when the market moves, they move less. Second, they have higher yields than typical investments.

For example, Dream Office REIT  (a company that I am currently invested in) has a dividend yield of 7.96% at the time of this writing, which definitely makes them an income booster. I like Dream because they have a higher yield than most other REITs and also have the prospect of future capital appreciation. For simplicity’ sake, let’s say we make a portfolio that is 10% each of the Big Five Banks and 50% Dream Office REIT (so half banks and half REIT).

The overall distribution yield on the portfolio would be 6.11%. You can calculate this by just taking the average of the two constituent yields, since they are equally weighted. So judging by this yield, you would need to have a nest egg of $1.31 million to generate $80,000 annually in passive income!

Unfortunately, you’re not going to be able to create a safe, diversified portfolio with a yield much higher than this. So my plan is to buckle down and start building that nest egg!

Generalizing This to Create A Spectrum

If you haven’t noticed yet, there’s an underlying trend here that you can harness in your personal financial planning. The higher the portfolio yield, the lower the necessary size of the portfolio to generate a particular level of income. For the $80,000 goal I’ve mentioned here, I’ve actually graphed the curve using Microsoft Excel. I’ve sketched it from a 1% yield to a 9% yield, in case anyone’s feeling risky.

Keep in mind that it’s very impractical to have a portfolio with a weighted average dividend yield above 4-5%.

And that’s really all there is to it. My personal financial planning is more focused on current growth than future income, because my retirement is still a long way away. However, writing this post made me reflect on the different types of retirement income and I definitely learned a few things along the way. I hope you did too!

Readers, what are your thoughts on the true meaning of financial independence? Do you have specific goals in mind for your retirement? What types of passive income are you focused on generating? Let us know in the comments section!