Nexon And This Game Studio Brings OZ To Mobile 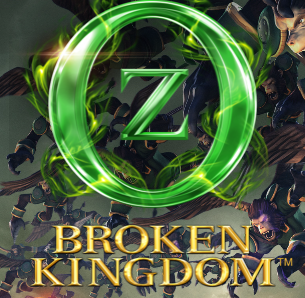 Everyone should be well familiar with the land of OZ. The Witched Witch, Tin Man, and other characters are easily identifiable, thanks to the historic movie. Today, Nexon and This Game Studio brought the land of Oz to mobile devices in the today of a brand new role-playing game. The new game, Oz: Broken Kingdom will transport gamers into a reimagined Oz, which has been corrupted by the Great Darkness. The game introduces a brand new character by the name of Ophelia Shen. Ophelia will join Scarecrow, Lion, and Tin Man, as the group embarks on an epic quest to destroy the evil and restore normalcy to Oz.

The game is now available on Apple’s App Store and the Google Play Store. It is completely free and will work fluidly on iPhones, iPads, and Android devices. Oz: Broken Kingdom features an array of RPG elements, as well as a turn-based combat system. Players will also be able to customize their character and evolve, as they gain experience and become stronger. Each hero will be able to pull off specific abilities, which will allow them to slay foes within a matter of seconds. Throughout the game, players will be able to collect and upgrade over 100 abilities.

Oz contains seven regions, including the Munchkin countryside, Glinda’s Castle, and many more. Along the way, players will do battle with a whole hoard of evil monsters. Although the game’s single-player story mode is its heart and soul, players will also be able to spend time within the Area. The Arena Mode will allow them to join a guild with friends and battle alongside companions. PvP, player-vs-player, battled are also available. For additional information about Oz: Broken Kingdom, be sure to check out the game’s official website here.

Do you have what it takes to conquer your fear and restore glory to the land of Oz? There is only one way to find out! Get the game and test your mettle today!