As soon as Microsoft (NASDAQ: MSFT) announced their split from Nokia, consumers and investors have been enamored by the thought of a brand new Android phone from Nokia. The good news is that Nokia seems to had made headway towards making that dream a reality. After the company signed a $350 million manufacturing deal with HMD Global, several leaks have emerged. The leak comes by the way of GizmoChina and provides a few key details regarding Nokia’s upcoming smartphones.

The two leaks mobile phones are available in two sizes, a 5.2-inch and a 5.5-inch model. Both phones will offer 2K display resolution, as well as an innovative Z-Launcher System UI. Some aspects of the phones closely parallel that of the Samsung Galaxy S7 and S7 Edge. The phones will feature an all-metal body, as well as waterproof and dust protection. They’ll also be powered by the Snapdragon 820 chipset. Previous leaks disclosed that the upcoming Nokia phone will also feature a 22.6MP camera. At this point in time, it is believed that the slightly bigger version of Nokia’s phone will cost around $500, but nothing has been set in stone. 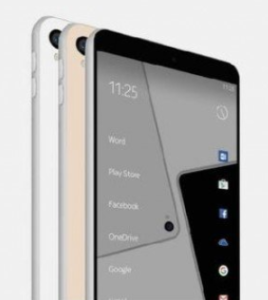 In other news, Nokia has pushed itself further into the digital health market with the release of the Withings smart thermometers. The thermometer, which is capable of taking the patient’s temperature in a non-invasive manner, is designed for consumers as well as medical professionals. The device is capable of reading the patient’s temperature, when pressed to the temporal artery. Not only will this provide additional convenience, but it’ll also deliver a more accurate reading.

And of course, the thermometer comes with its own dedicated mobile application, which works with iOS and Android operating systems. The thermometer can be synced with the smart device through Wi-Fi, as well as Bluetooth and it can be used to manipulate, access, and manage data from several users simultaneously. The app is also capable of delivering notifications to encourage parent to take their child’s temperature at specific intervals.

The app works fluidly with Boston Children’s Hospital’s Thermia Tool, which will provide parents with information regarding their child’s condition. The Withings Thermo has been cleared by the FDA and is classified as a Class IIa Medical Device. The smart thermostat is now available at Apple Stores throughout the United States.