This week, a Charlottesville, North Carolina woman was sentenced to 12 months in prison for making false statements to acquire federal employees’ compensation. U.S. Attorney John Parker announced the sentencing on Friday, August 18, 2017. 37-year-old Andria Victoria Booker or Andria Victoria Crosby pleaded guilty in January of 2017 to a single count of false statement to obtain federal employees compensation. At the time, she agreed to pay $41,395 in restitution. 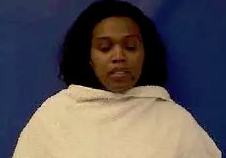 Booker has been ordered to report to the Bureau of Prisons on October 3, 2017. Documents filed in the defendant’s case confirms that she was working with the United States Postal Service in March 2012. Booker complained that she was bitten on the finger when sliding mail through a residential mail slot. The Office of Workers’ Compensation Programs accepted her injury claim and started paying her disability benefits.

In September of 2014, Booker filled out and signed Form EN-1032. She admitted that she hid the fact that she was working at the time. Around this time, Booker was working as a personal trainer at I.T. Fitness in Grand Prairie, Texas and elsewhere. She also went on to form her own personal training business, while receiving disability compensation benefits. However, Booker stated that she had not worked.

The defendant also admitted to concealing volunteer activities, such as regularly volunteering with her son’s football program. Booker will begin serving her sentence on October the 3rd of this year.