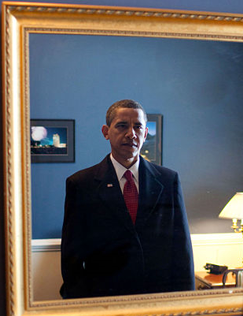 In approximately 20 days, President Obama will leave office and many believe his initiatives will be replaced very quickly. Nonetheless, the Obama administration has refused to stop plowing forward. It has been revealed that the Obama government intends to reform the Medicare system, by judging doctors and hospitals based on their performances. Hospitals, which manage to exceed standards, will be paid bonuses. Those that fall short, may actually be forced to pay the government. The ongoing experimentations will impact Medicare beneficiaries, who suffer from heart attacks and hip injuries.

According to statistics, approximately 168,000 beneficiaries are treated for heart attacks each year. 48,000 receive heart bypass surgery and 109,000 suffer from broken hips. The experimental initiative will include hospitals throughout the country. Those in 98 metro areas will take part in the cardiac experiment, while 67 areas will be involved in the hip surgery experiment. The areas taking part include those listed below.

While doctors have been open to the change, hospitals have expressed concerns. Hospitals are worried that Medicare requires mandatory participation for all facilities within the selected areas. Some suggest the competitive nature of the program will help to encourage failing hospitals to meet and exceed the standards set by higher achievers. The goal of the program is to ensure hospitals take a more aggressive approach to their patient’s health, while giving them more motivation to ensure patients seek additional medical care after they’re released from the hospital.

The Obama administration intends to reinvent the entire Medicare system, while eliminating the need to pay piecemeal for the services consumers need. Whether or not President Trump will put an end to the program remains to seem. Nonetheless, many suspect he will do just that.

How Does It Work?

During the experimental program, rehab facilities, doctors and hospitals will receive regular Medicare rates. However, hospitals are given additional responsibilities. Their performance in terms of overall quality and costs will be judged against certain guidelines set forth by Medicare. Should the hospital exceed these standards, they will earn a financial bonus for their efforts. That bonus can be shared with coordinating service providers.

Hospitals that fail to meet these standards may be forced to pay the government. Medicare’s chief medical officer and Innovation center director, Patrick Conway, suggests this will encourage better coordination between doctors and hospitals. Instead of receiving a paper with further instructions after their release, hospitals will have a much stronger incentive to ensure their patients receive follow up care.

In the end, Conway and proponents of the measure suggest better coordination could help patients avoid further complications, while also reducing avoidable hospital readmissions. And finally, they suggest the program could help patients recover more rapidly.

The incoming Trump administration isn’t the only group that has been quick to criticize the pay-for-performance initiative. Some suggest that the program will unintentionally take money away from the nation’s neediest hospitals, while boosting the income of wealthier hospitals. In return, hospitals, which serve minority and low-income populations, could be hurt substantially. Hospitals that serve more affluent patients will be more likely to prosper.

Nonetheless, the initiative will likely be short lived. Tom Price, who has been named as the Health and Human Services nominee under the Trump administration, has already spoken out against such changes, while insisting they could harm the relationship between doctor and patient. Also, the Center for Medicare & Medicaid Innovation is the organization, which is responsible for the experiment.

This group itself is in danger of being abolished, since it was created by the inception of Obama’s healthcare law in 2010.