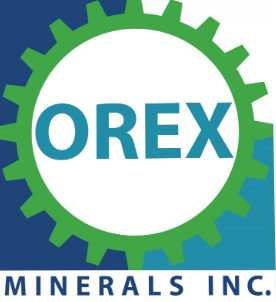 Today, July the 12th, 2016, Orex Minerals Inc. (TSX-V: REX OTCQX: ORMNF) joined the OTCQX Best Market. The stock qualified and was subsequently upgraded from the Pink market to the OTCQX Best Market. The stock became available to investors today and opened at .68 cents. During Tuesday’s trading window, ORMNF dropped 2.01% to close at .6741 cents. 42,000 shares were traded.

Over the past 52-weeks, Orex Minerals’ stock price has fluctuated between 0.2559 and 0.6996. Also, the company announced they had started a new 3,000 meter drilling program in Durango, Mexico. The new phase of diamond drilling will begin as a part of the Sandra Escobar Silver Project and will consist of 20 to 25 drill holes. The project is being advanced by Orex in conjunction with Canasil Resources Inc. (TSX.V: CLZ).

Orex has already drilled 4,500 meters of land with a total of 38 diamond holes in the southeastern portion of the project. According to the company’s press release, 33 of the holes will soon be used for a yet to be announced initial resource estimate. Orex Minerals is a exploration company, which is made up of thoroughly qualified mining experts. The company has several ongoing projects, including the Jumping Josephine Gold and Silver Project in BC, Canada and the Coneto Gold and Silver Project in Durango, Mexico.

To learn more about Orex or their gold, silver and copper exploration projects, be sure to visit the company’s website at OrexMinerals.com.