Pandora Aims To Monetize With Pandora Plus 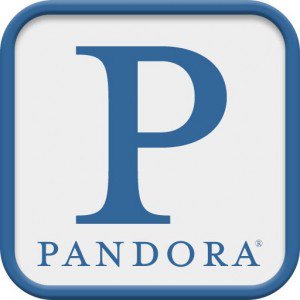 Pandora has become increasingly popular over the past few years, thanks to its ability to attract new users and remain free for consumers. Despite the ads, Pandora has managed to maintain its popular, while competing with the likes of Apple Music and Spotify. Pandora Media (NYSE: P) has decided to step up the monetization of their music streaming service with the addition of a brand new subscription service. Pandora Plus will give users the ability to pay a small monthly fee and gain access to a more interactive and controllable interface. The new subscription service will replace the company’s current Pandora One platform.

As the Pandora Plus platform begins to rollout over the upcoming months, One users will be transitioned to the new Plus system. The company is expected to hold a conference call on September the 20th of this year with a demonstration of the new platform. Plus, which will be available on Android and iOS smartphones, is expected to provide users with more replays and skips. The new platform will also feature innovative lost signal detection, so your music can continue to play even when you’ve lost a connection. The music will apparently be delivered from caches, until you’re able to regain a signal.

The company has also decided to enhance their ad-supported platform, with the addition of video ads. Listeners will now have the option of skipping and replaying more songs by agreeing to watch video advertisements. This will effectively give users more freedom to only listen to the songs they enjoy, while also providing advertisers with more options. During the last week, Pandora also announced new direct-licensing agreement with 30 music distributors and independent labels.

According to the company, the new agreements will help to open new doors to artists, while also giving Pandora the ability to deliver a better service to their users. The new licensing agreements will help to enhance Pandora’s ad-supported system, their new Plus platform, and eventually their on-demand option, which is expected to come sometime in the future.

The new additions are certainly a step in the right direction for Pandora, which intends to develop a 1.3 billion dollar business over the next five years.