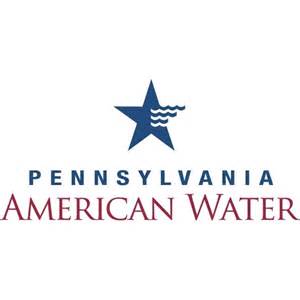 On April the 28th, Pennsylvania American Water (NYSE: AWK) confirmed it had filed a request with the Pennsylvania Public Utility Commission, PUC, seeking approval to increase the fees it charges customers. The company has spent approximately 1.26 billion dollars since 2013 to improve their system, while also replacing and upgrading aging infrastructure. The intended hike would increase the average residential water bill by as much as $9.49. Those using 3,630 gallons per month would see an increase from $55.63 to $65.12. The company concludes that their average residential customer would receive a day’s worth of water for just $2.18 should the request be granted.

Pennsylvania American Water President, Jeffrey McIntyre insists the water service “would remain a remarkable value”. The 1.26 billion dollars in capital investments have helped upgrade treatment plants, wells, pumping stations, and storage tanks. McIntyre insists these are necessities for maintaining optimum service reliability, fire protection and water quality for the 400 communities serviced by the company. During the upgrades, the company has replaced around 450 miles of aging people, as well as hydrants and service lines. McIntyre stresses that the rate request is a necessity to help the company recover from the substantial capital investments made towards upgrading their infrastructure.

Just last month, the American Society of Civil Engineers awarded the country’s water infrastructure a D. Water infrastructure was slightly better with a D-plus. McIntyre believes the capital investments will save the company money in the long run, while simultaneously reducing the risk of failure. In the same filing, the company requests changes to their current wastewater rates. The modifications would increase rates for approximately 55,000 customers, while decreasing rates for many other wastewater clients. Should the request be granted, the company’s new rates could into effect on June the 27th of 2017.

However, the Pennsylvania Public Utility Commission usually suspends typical requests for a period of up to 9 months to ensure a comprehensive investigation and analysis is carried out. With the filing, Pennsylvania American Water would increase their annual revenue by approximately 107.9 million dollars. Additional details about the request and the impending rate hike can be found here.