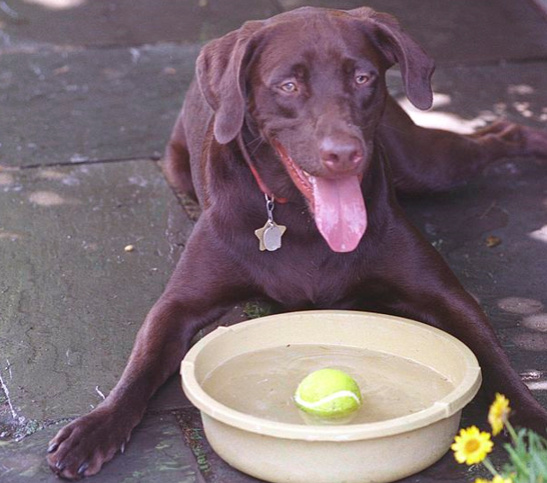 Imagine waking up in the middle of the night to an unfamiliar noise. Initially, you’re frustrated. You want to close your eyes for a few more minutes. You look at the clock and see that it is barely 5 AM. You have a little more time to sleep, before you need to get ready for work. Ugh. Then, you hear it again. It wasn’t your imagination after all. Your miniature dachshund has regurgitated over the edge of the bed. It has happened before, but this time seems different. You recognize something is terribly wrong after observing your pet’s behavior. The poor dog huffs and puffs, as if he cannot take a satisfactory breath.

Then, the mutt loses control of his bladder. You rush your pet to the closest veterinarian as soon as they open. The problem is identified as a struvite stone. The good news is that surgery isn’t necessary. With the right antibiotics and a now prescription food, the stone can be dissolved. You return home with a shaky, but noticeably improved pooch. You’re satisfied with the trip and the outcome. While the price was expensive, you’d pay anything to see your old pal back to normal. Everything has been rectified, right? Wrong, but you won’t know it for a few days. And then, in a months, your world will be turned upside down.

The Bait And Switch

After a few days, the food you acquired at the vet is nearly gone. Don’t worry yet. Your vet gave your dog a prescription for the Royal Canin Urinary S/O. It seems to be working exceptionally well and it is vital for struvite dissolution. So, you search around and find out that the food can be purchased from Chewy. Wow! It is surprisingly much more affordable than you initially imagined. You place your order and provide the name and contact details for your veterinarian. A few days later, you run into your first roadblock.

Chewy has been unable to process the order. You curse the company’s name. Then, you read the email they’ve sent. Apparently, there is a problem with your vet. You give them a call and you’re left dumbfounded. The vet refuses to work with Chewy. Instead, they recommend going through their website and shopping with VetSource. Why can’t they just fax over a prescription? You think to yourself for a minute. Chewy is reputable. Why not work with them? Nevertheless, you head to the vet’s website and search for the S/O formula. The page loads and your jaw hits the keyboard.

The price is nearly double what you’d pay with Chewy. Plus, you’ve checked the BBB and Vetsource’s reviews are mainly negative. You have no choice. You’re being raked over the coals, but you have no viable alternative. You suck it up and place the order. The order goes through smoothly and the food arrives fast enough. Now, you’ve got enough for a month or so. That should solve the problem, right? Wrong.

After the food is nearly gone, you place another order. You simultaneously begin transitioning the dog to a recommended low PH diet. Unfortunately, all of the vitamins, supplements and acidic foods in the world aren’t going to help. You remain hopeful. After all, you’ve spent hours researching and hours preparing the food. Your cross your fingers and realize the Royal Canin S/O will be there in a few days.

This time, your order with Vetsource isn’t processed after a several days. Your food is running low and you’re getting scared. You check your email and log into your Vetsource account to check the order details. It is still processing four, five, even six days later. Something has gone wrong, so you pick up the phone and call Vetsource. While listening to the terribly annoying elevator music, you envision the problem being fixed in a jiffy. After all, you didn’t receive a warning or any notification whatsoever.

After the representative picks up, you express your concerns. You hear the excuse. A massive ransomware attack has hit Royal Canin’s system and their operations have been paralyzed. You remember hearing about the WannaCry attack in between the non-stop Trump and Russia babble. You want to curse Vetsource, but hold your tongue. Nevertheless, you tell them that a notification would’ve been greatly appreciated.

The Petya ransomware attack wreaked havoc on computer systems around the world at the end of June. According to reports, the attack impacted more than 12,500 machines in Ukraine and went on to spread to 64 other countries. The attack flew under the radar compared to the media publicity surrounding the WannaCry attack. Nevertheless, Petya hit some of the world’s biggest companies, including the French firm Saint Gobain and the drug company Merck. It also impacted the computers for the candy maker Mondelez.

And of course, it paralyzed the operations of the Mars subsidiary Royal Canin. If you didn’t know, Mars acquired the French dog food maker, Royal Canin, for 700 million dollars in July of 2001. The impact of WannaCry, which could easily be considered self-induced, was short lived. While you probably haven’t heard much about Petya, the attack’s repercussions were far more serious.

FedEx, which was targeted, admitted they may see a “material” impact as their TNT Express operation was slowed. Mondelez forced employees to communicate through cellphones and personal email, until they were able to get things under control. In Argentina, Nidera B.V. looked to the past and did away with computer systems. Instead, they used backup mechanical processes to load grain into their trucks at Rosario.

As for Mars and Royal Canin, their system remained offline last Thursday, the 6th of July. Now, the problem is about to get even worse for you. When it rains, it pours. And of course, that black cloud is situated over you and you alone.

As of July 11, 2017, Royal Canin’s operations are back up and running. They’re now able to process online orders. Chico, who passed blood the following night, will now be able to get his medication. Unfortunately, there is one minor problem. While Royal Canin has solved the problem on their end, they’re still unable to process orders through Vetsource. After contacting Royal Canin directly, you’re told to go through Chewy.com. With your vet’s authorization, your order will be cheaper and shipped much fast.

The rain begins pouring down just a tad bit harder. You clench your teeth and begin to seethe with anger. This problem could be solved today, if only your vet would work with Chewy. You scramble and look for alternatives. Amazon and eBay have sellers attempting to peddle Royal Canin S/O. Would your vet approve the transaction? The price is staggeringly higher than Vetsource and a total rip off compared to Chewy’s prices. Nevertheless, you have little choice.

This is the dilemma one pet owner found himself in, due to a combination of problems. Who is to blame? Why does a dog food need a prescription anyway?

While the problem was eventually solved for this pet owner, it shed light on numerous problems. First and foremost, companies all around the world are vulnerable and thus, their customers are also vulnerable. Did the Petya ransomware attempt to steal consumer details and credit card numbers? Or, was it simply an attempt to disrupt and extort? Will these companies update their systems to better protect their operations, their bottom line and their customers?

Why are veterinarians allowed to pick and choose the pharmacies they work with? It feels like a bit of an extortionist scheme quite frankly. The aforementioned dog owner lived in the State of Tennessee. In TN, “It is a violation of Rule 1730-01-13 for a veterinarian to refuse to honor a client’s request to prescribe, rather than dispense, a drug.” The law was adopted on December the 9th of 2014. According to the official website of the AVMA, 36 states have adopted laws, regulations or policy statements that require vets to provide their clients with a written prescription upon request in some circumstances.

This Position Statement from the Tennessee Board of Veterinary Medical Examiners should have prevented the vet from behaving in such a manner. Vetsource is alive and well, because veterinarians are unable to survive without the pharmacy revenue. In 2015, it was estimated that Americans purchased around 7 billion dollars of over-the-counter and prescription medications for their pets yearly. During the early years, most bought the medications from their vet and this accounted for 25 to 35 percent of the vet’s revenue.

That business model has been disrupted by online retailers like Amazon and Chewy, which was recently acquired by PetSmart. Vetsource or Strategic Pharma Solutions was founded in 2007. Vetsource and other similar companies give the vet an opportunity to make a little extra money, instead of losing it all to the competition. While most probably will not mind spending a little extra to support a local vet, they should not be chained and extorted into doing so.

This is even worse, when Vetsource’s service has been consistently ridiculed by customers. That bad customer service will ultimately reflect badly on the vet, who forced the consumer’s hand. And finally, why does Royal Canin S/O and other dog foods need a prescription? Are they disguising Oxycodone in a Royal Canin can? Is it possible to for the dog to overdose on the medication?

This is a common problem in America. Antibiotics can be purchased for fish, but not humans. Why does the government feel the need to protect its citizens from the deadly Salbutamol? Americas are plagued with restrictions on everything from eyeglasses to lifesaving inhalers. Neither are deadly or addictive. Oh boy. Talk about the beauty of living in a truly free world.