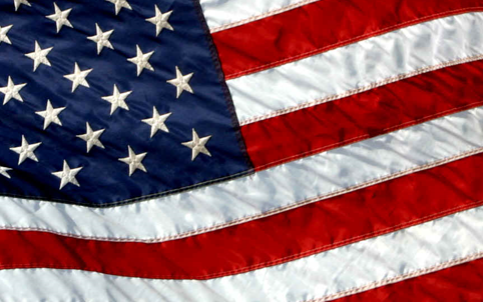 On October the 20th of 2016, President Obama signed a new bill, which is designed to make it easier for veterans to gain access to mental health care. At first glance, the press release, which comes directly from CAMFT, makes the move appear beneficial for America’s veterans. Unfortunately, the Military Construction, Veterans Affairs, and Related Agencies Appropriation Bill will do very little to help veterans, who are suffering from crippling mental health issues. The bill will make it easier for veterans to meet with therapists, who are skilled in family relationships. Otherwise, the move looks like a way for Obama to scratch the backs of his donors. We’ll delve deeper below.

The aforementioned bill was designed to remove barriers, while making it easier for American veterans to gain access to mental health providers. In 2006, the government signed a law that gave the VA permission to hire LMFTs, Licensed Marriage and Family Therapists. In order to qualify to join the VA, LMFTs were required to graduate from a course accredited by the COAMFTE, Commission on Accreditation for Marriage and Family Therapy. According to the press release, this prevented a large segment of California’s LMFTs from treating America’s veterans.

So, the California Association of Marriage and Family Therapists, CAMFT, enters the picture. The group lobbied and advocated for new legislation to eliminate the aforementioned barrier. Thanks to the enactment of the Military Construction, Veterans Affairs, and Related Agencies Appropriation Bill, this barrier is effectively eliminated.

The Limitations Of Marriage And Family Therapists

Although LMFTs receive extensive schooling and are undeniably skilled professionals, they’re not necessarily equipped to solve the problems veterans face after returning from war. LMFTs are trained to treat cognitive or behavioral disorders, which disrupt a family relationship. They primarily work with couples or families. When working with a single individual, the treatment is altered to consider the patient’s role within their family system. This may be suitable for some veterans, but there are still glaring limitations.

In order for LMFTs to provide prolonged treatment for serious mental illness, such as major depressive disorder, panic disorder, schizophrenia, and more, the patient must first be evaluated by a physician. Also, LMFTs cannot prescribe or administer drugs or utilize any type of invasive procedure. Suffice to say, they’re ill equipped to treat veterans suffering from PTSD and other battle-related mental ailments. This is true in New York and other states.

It should be noted that the California Association of Marriage and Family Therapists strongly advocated for the legislation. According to the group’s website, they’re an independent organization with nearly 32,000 members. Their sole focus is to protect the interests of licensed marriage and family therapists. They have several charters throughout the state of California and labels itself as a special interest group. On October the 13th of 2016, it was announced that California’s Governor Jerry Brown would be signing a law, which would allow federally funded health centers and clinics to bill Medi-Cal for the services of LMFTs. The new law will take effect on January the 1st and will strengthen the CAMFT.

Earlier this year, a similar bill from Democrat Assemblyman Jim Wood was vetoed due to concerns over the costs. Unsurprisingly, the bill was sponsored by several advocate groups, including CAMFT. When taking the moment to examine the CAMFT’s website and their Board of Directors, a familiar name will stick out like a sore thumb. The current President is Patricia Ravitz. In 2012, Patti Ravitz actually had the opportunity to meet Obama, when she introduced him at a fundraising event in California. The event took place at the Masonic Center in San Francisco on February the 16th of 2012. According to the Novato Patch, 2,500 people were in attendance.

Now, Ravitz has advanced to President of the CAMFT. Even more surprising is the fact that Patricia donated to Obama’s campaign in 2012. The amount wasn’t exorbitant, but it was still immense for someone, whose son is going to college thanks to a Pell Grant, as mentioned in the Novato Patch article. And, we should not ignore the 2010 donation to Barbara Boxer nor the 2011 donation to the California Democratic Party. We should not forget she was the regional field organizer for Obama for America.

When we visit Patricia’s Facebook page, the connections are even more obvious. She is a member of the Rachel Maddow Fans group, the Michelle Obama Fan Club, Marin Democratic Party, and the Marin Women’s Political Action Committee. How about the Past President, Laura Strom? Well, she voted to the Bernie Sanders campaign. According to Laura’s LinkedIn page, she will serve as CAMFT’s Past President until May 31, 2017. Was Laura removed from her post, due to her alliance with the Sanders campaign?

CAMFT has proven to be incredibly effective at achieving their objectives. In the group’s 2015 annual business report, they set forth their mission on page 6. They intend to lobby on behalf of LMFTs in Washington, DC to ensure their inclusion as Medicare providers. And, they want to destroy the arbitrary roadblock setup by the Department of Veterans Affairs. Unsurprisingly, they’ve donated to Political Action Committees or PACs for these very purposes. The group’s CAMFT State PAC donated $55,400 to candidates, while their CAMFT Federal PAC donated $21,145 to politicians on both sides of the aisle. These goals have largely been achieved.

It doesn’t take a genius to see who Patricia Ravitz and her group supports. Ravitz has retweeted countless Hillary Clinton tweets over the past 10 to 20 days. Of course, CAMFT isn’t perfect. In 2010, the group was pressured to drop their support for traditional marriage and sexuality views. Then, the group was forced to ban reparative therapy for clients suffering from unwanted same-sex attraction. More information can be found here.

I often wonder whether politicians truly intend to do the right thing and simply go about it the wrong way or if they’re truly rotten to the core. CAMFT understands that marriage and family therapists are a dying breed. Divorces are much quicker and substantially less costly. They need to expand the scope of the professional and the State of California and President Obama have opened the door for that to happen. The group’s advocacy has been supported by Barba Boxer, Dianne Feinstein, Nancy Pelosi and President Obama.

Unfortunately, the new bill, which was just signed by Obama, does very little for veterans. Even CAMFT’s president Patricia Ravitz specializes in “disordered eating”. These individuals cannot prescribe medication and they’re unable to meet the needs of American veterans. Nonetheless, it will lend veterans and their families an ear or someone to listen to their concerns. They’re simply glorified babysitters.

All Obama has achieved is securing the support of the CAMFT and its members for Democrat politicians, including Hillary Clinton. Obama’s intention might be good, but this bill is simply a façade. It does little, if anything, to help veterans. In fact, our veterans would be better off with a trusty canine, which won’t ask as many questions as an LMFT. This is nothing more than a good way to squander the funds provided to the VA and further break down America’s healthcare system.