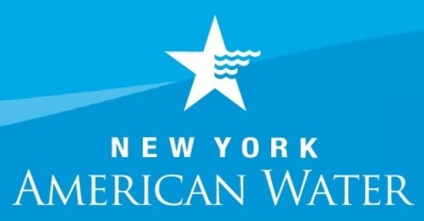 After a 13-month review, the New York State Public Commission, PSC, approved the rate request submitted by New York American Water. The new rate order will allow the company to increase annual revenue by as much as 3.6 million dollars in the Long Island and Hudson Valley areas of New York. The rate request was originally filed in April of 2016. Despite the increase, the company insists customers will still pay about a penny per each gallon of water. American Water pointed to the 136 million dollar investment made to their New York infrastructure over the past five years as being the main driver behind the increase.

During the past five years, the company replaced, repaired or upgraded over 33 miles of water main, valves, service lines, and hydrants. They’ve also made enhancements to 4 iron removal treatment plants. During the same timeframe, American Water has reduced operating expenses by as much as 2.7 million dollars. The improvements have helped to enhance water quality, reliability of service, and fire protection to locals. Current customers will receive additional information about the impending rate changes in the near future along with their next bill.

Starting in June, the company expects to begin shifting customers, who paid bi-monthly or quarterly, to a monthly-based billing system. The company cites the promotion of conservation as a leading cause for the change. Simultaneously, monthly billing customers receive more frequent and timely details about their household water usage. The rate increase approved by the PSC is significantly smaller than the one originally requested by American Water. In the April 29 press release, the company confirmed filing for a rate increase the would push revenues up by 8.49 million dollars.

The PSC approved increase will only add 3.6 million dollars to American Water’s revenues for the impacted areas. The specific increase for each customer will depend on their location. While residents of Sea Cliff will see steep increases, some customers will actually see their prices dip lower. The areas experiencing the biggest increases are those in which the utility company is assessed a higher local property tax. That tax is then passed directly onto the consumer. More details about the impending rate hikes can be found here.