Ring has made it their mission to empower consumers in their fight against neighborhood crime. Their affordable, do-it-yourself home security products have given countless American consumers the peace of mind they require to leave their home unattended. Yesterday, the company launched the 2nd generation version of their Ring Video Doorbell. The original quickly became the most popular video doorbell on the market and Ring believes its successor will be even more impressive. The significantly upgraded version of the camera offers 1080p HD video recording and a completely removable, rechargeable battery.

Ring has also made enhancements to the camera’s night vision capabilities. Finally, consumers now have the freedom to change the camera’s appearance with the inclusion of interchangeable faceplates. Many of its predecessor’s most popular features remain in place. This includes two-way audio and motion detection functionality. The company’s founder, Jamie Siminoff, confirmed that more than 1 million homeowners rely on the company’s security products to protect their homes and reduce neighborhood crime. 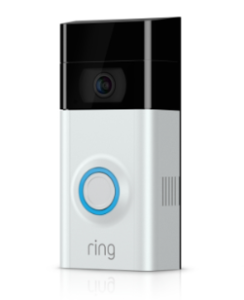 He also confirmed that the video doorbell cameras have already helped to stop burglars and package thieves. The company has gone on to confirm that law enforcement officials have praised their products and their effectiveness. According to the company’s press release, a Florida police officer admitted, “The Ring Video Doorbell is a simple but effective tool in this endeavor, providing us with hard evidence and the homeowner with solid peace of mind.”

The second generation Ring Doorbell possesses a wealth of features. Many can be found below.

The Ring Video Doorbell 2, which will retail at $199, is now available at more than 15,000 retail locations across the United States. Besides the company’s website, consumers can also purchase the 2nd generation doorbell from Home Depot and Best Buy.