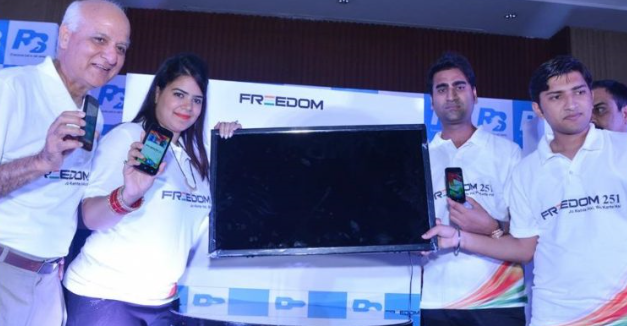 Ringing Bells, which is likely best known for producing the world’s most affordable smartphone, has upped their game with the introduction of their new Freedom 9900 LED TV. The company will begin accepting pre-orders and will only do so for a single day. The company made news previously by launching the Freedom 251 Smartphone and selling 5,000 units. The Freedom 9900 TV can be pre-ordered today for a low price of $148. It will be delivered COD, so consumers won’t be forced to pay for anything upfront.

The company is moving ahead with a single booking date in order to gauge the market’s excitement for the product. They admit future pre-orders could be scheduled, if there is a demand for it. The brand new Freedom 9900 Television features a 31.5 inch HD LED screen at 1366×768 pixels. It also has two HDMI ports, two 3-watt speakers, and supports USB ports. The company also just recently begin shipping out their smartphones.

At one time, it was questioned whether or not the Freedom 251 would ever be delivered. The company has successfully delivered the first 5,000 devices with 65,000 on the way. According to recent reviews, the smartphone has surprisingly experience few glitches. Why is this so surprising? The phone itself would’ve been purchased for less than $4! As for the Freedom 9900 HD LED TV, bookings will take place on the 15th with deliveries beginning on the very next day.

Whether or not the company will make any money doesn’t seem to matter. Mohit Goel, who happens to be the company’s founder and CEO, insists the company has been a success, because they’ve kept their promise to the consumer. It is truly hard not to have admiration for Goel and Ringing Bells, when so many other companies are only interested in returning a hefty profit. Those interested in learning more about Ringing Bells, their smartphones, or televisions should check out the company’s official website at RingingsBells.co.in!