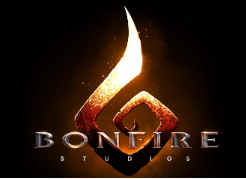 Rob Pardo worked with Blizzard Entertainment as a creative director for 17 years. Pardo worked with some of the company’s most notable and successful titles, including World of Warcraft, Warcraft III, Diablo III, and StarCraft. Suffice to say, Rob knows the video game industry better than anyone else. Rob has now launched a brand new gaming startup, which is called Bonfire. Rob is serving as the chief executive for the company and has managed to raise $25 million in funding for Bonfire.

The company, which is based out of California, is expected to develop multiplayer games. The company has yet to decide whether they’ll make games for computers, mobile devices, or both. At this point in time, Pardo is working diligently to hire people, who care capable of generating unique ideas and making prototypes. The Bonfire team is currently made up of several former Blizzard employees, as well as Min Kim, who worked as an executive with Nexon. The goal for Pardo and his team will be to reestablish the social connections, which were formed by the clans within the World of Warcraft game.

As Pardo points out, the company doesn’t want to be “constrained by genre” and intends to create games to “help us make those deeper connections with each other”. If Bonfire is able to parallel the success generated by World of Warcraft, they will quickly become a household name and will provide gamers with a unique experience. Gamers should keep an eye out for Pardo and Bonfire! It is likely big things will originate from the company. To learn more about Bonfire Studios, be sure to check out the company’s official website here.