Roku has quickly become one of the most popular companies in the streaming devices market. According to the company, their Roku OS delivers streaming content to over ten million monthly active accounts. During the first six months of 2016, the company’s streaming players were responsible for streaming approximately 4 billion hours of content. The current year will greatly exceed the previous and the company has no intention of slowing down anytime in the near future. On September the 26th, Roku INC. announced their brand new line up of streaming devices, while also providing a rundown of features and prices for each. 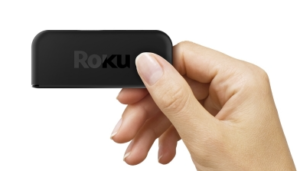 The company’s most notable new addition is the Roku Express, which just happens to be the smallest streaming player yet. Despite the device’s compact size and low cost, it is capable of delivering 1080p HD video quality and will prove to be a great option for consumers, who wish to save money while enhancing their home’s entertainment value. The company has also announced the Roku Premiere and Roku Premiere+. Both deliver an excellent value and can stream 4k Ultra HD up to 60 FPS. The Premiere+ adds the benefit of HDR and comes with a point anywhere remote. The remote features a headphone jack, which allows the user to enjoy private listening.

And finally, the company announced the launch of the Roku Ultra. The Ultra includes an abundance of features, including HDR, voice search, lost remote finder, and Dolby Digital Plus decode. The products range in price, so everyone will be able to find something that suits their budget and entertainment needs. The company’s new Express, Premiere, Premiere+, and Ultra is now available for pre-order through the company’s website, as well as numerous retailers. The Roku Express+ will only be available at Walmart. The new streaming devices are expected to hit store on October the 9th.

Whether looking to save money or you wish to get the most out of their entertainment system, consumers will definitely want to check out the new lineup. Additional information can be acquiring by visiting the company’s official press release here.