Schools Throughout The Country Equip Their Buses With WiFi

There is no doubt that the Internet can be an excellent resource for children of all ages. Schools have begun to take a transition towards digital education over the past few years. More classrooms now require children to utilize tablets and laptops to complete their work. Unfortunately, this can create a problem for lower income families, who cannot afford Internet at home. While the initiative is not designed to be a comprehensive solution, many school districts believe enabling Wi-Fi within their school buses will alleviate the problem to some degree.

Some districts believe Wi-Fi in the school bus will bridge the gap from the classroom to the student’s home. Of course, some students spend a greater duration on the bus than others. During trips to sporting events, student athletes will be able to take advantage of the Wi-Fi to finish their school work. And, students will now be able to upload photographs more rapidly after a school fieldtrip. Such initiatives have been enacted throughout the United States in rural states such as Arizona and Indiana. After the rural Bemidji district in Minnesota took the plunge, several other districts followed suit. 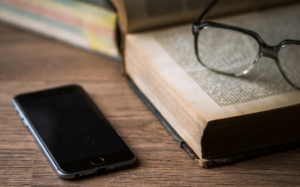 According to the StarTribune, it costs schools approximately $13,000 to get the technology up and running. After that, service fees total approximately $5,000 a year. The first year will total around $18,000. While the benefits are obvious, they’re also greatly restricted and not everyone will be benefited. Some school districts provide their children with access to Internet-enabled tablets, but many schools do not have the money to do so. In 2014, the United States Bureau of Census concluded that a little over 21 percent of children under the age of 18 were currently living in poverty.

Suffice to say, many families cannot afford tablets for their children. And, those with short commutes will benefit very little, if any at all. Many schools throughout the nation are already forced to flatten their budgets by cutting jobs. In Nashua, New Hampshire, Mayor Jim Donchess has plans to request a flat budget for the upcoming fiscal year. The superintendent for schools in Nashua believes that will require the district to eliminate approximately 50 teaching positions or close one of their elementary schools. CBS News reports that one Oklahoma school district has lost $400,000 in funding during the course of the previous year.

This has forced superintendent Dr. Kent Holbrook to take drastic action. School children at Inola High School are now only required to attend classes four days a week, with longer hours. The board of education in Avon, Connecticut has also been forced to make dramatic changes. Due to an anticipated deficit in their budget, the board has decided to cut funds for textbooks, utilities and training. The Avon High School will not lose any staff members, but the money set aside for supplies and new science books has now disappeared. The board also cut over $62,000 from their utilities. Superintendent of Schools, Gary Mala, believes the district can make those cuts by shutting off lights and computers when they’re no longer in use.

Although $18,000 might not seem like a substantial amount for Wi-Fi, it truly is at this point in time. The amount of time most children are on a school bus is minute, so the benefits are slim. And, not all children will be able to take part, since their families cannot invest in a brand new tablet. Although the smart school bus might be a good measure, there is a place and time for everything. The present is not that time.